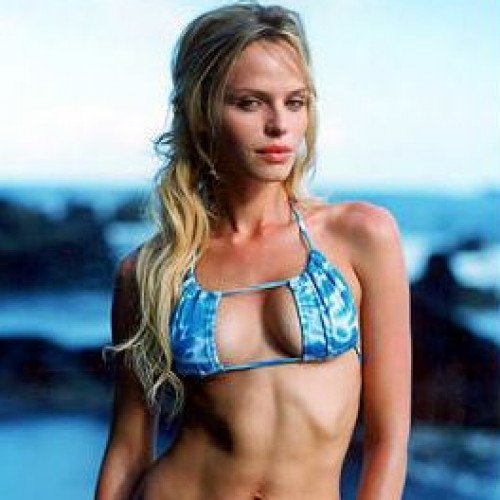 Rachel Roberts (born April 8, 1978) is a Canadian model and actress. She was born in Vancouver, British Columbia, Canada. Roberts has appeared in numerous ad campaigns, most notably for Biotherm Skin Care Products, and she became well known in the United States as the title character in the film Simone. When Roberts began modeling, she began to work for magazines such as Elle, Vogue, Harper's Bazaar, Glamour, Marie Claire and the Sports Illustrated Swimsuit Issue of 2000, Victoria's Secret Country 1998, 1999 and Victoria's Secret lookbook 2000, 2001. Signing on to be skin-care line Biotherm's official model, she gained even more popularity by posing in campaigns for labels such as Ralph Lauren, Gap, Bottega Veneta, Ferre, Sisley, and Victoria's Secret. She has walked for countless designers such as Chloé, Valentino, Givenchy, Fendi, Blumarine, Roberto Cavalli, Comme des Garçons, Paul Smith and Balmain. She also was seen in the European advertisements of Nivea. Roberts made her film debut as the title character of the movie Simone in 2002 performing opposite Al Pacino. The studio attempted to keep her identity a secret during production, and did not accord her credit in the initial theatrical release, in an effort to maintain the illusion that her character was a virtual computer-created entity. After release her identity became known and she received credit in the video release. She later married Andrew Niccol, who wrote, produced and directed the film. They have two children: son Jack and daughter Ava. 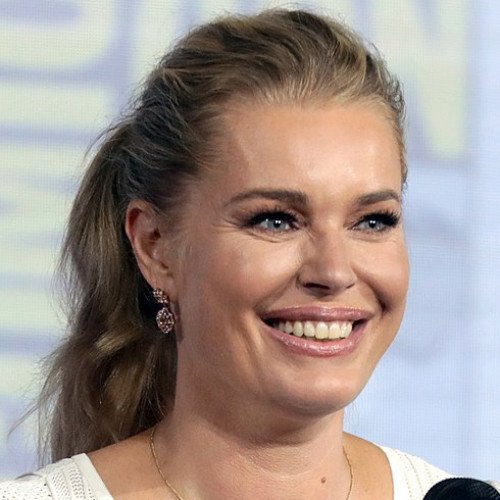 Rebecca Alie O'Connell (née Romijn (/roʊˈmeɪn/ roh-MAYN; Dutch:); born November 6, 1972) is an American actress and former model. She is known for her role as Mystique in the trilogy of the X-Men film series, as Joan from The Punisher (2004) (both of which are based on Marvel Comics), and the dual roles of Laure Ash and Lily Watts in Femme Fatale (2002). She has also had recurring roles as Alexis Meade on the television series Ugly Betty and as Number One on Star Trek: Discovery. Her other major roles include Eve Baird on the TNT series The Librarians, voicing Lois Lane in the DC Animated Movie Universe (from The Death of Superman until Justice League Dark: Apokolips War), and as the host of the reality competition show Skin Wars. Romijn was born on November 6, 1972, in Berkeley, California. Her mother, Elizabeth Romijn (née Kuizenga), is a community college instructor of English as a Second Language (ESL) and textbook author. Rebecca's father, Jaap Romijn, is a custom furniture maker. Her father is a native of Barneveld, the Netherlands, while her mother is an American of Dutch and English ancestry. Her mother met Rebecca's father as a teenager while living in the Netherlands on a student exchange program. Romijn's maternal grandfather, Henry Bernard Kuizenga, was a Presbyterian minister and seminary professor. On The Ellen DeGeneres Show, when questioned about always being glamorous and beautiful, Romijn revealed that in her early teens, she was in fact an insecure "drama geek" and that, as a result of her growth spurt, she suffered from scoliosis and was constantly in pain. Many sources say that she was once nicknamed the "Jolly Blonde Giant" because of her 5-foot-11-inch (1.80 m) height, but she has admitted to making that up "for a laugh". While studying Music (Voice) at the University of California, Santa Cruz, she became involved with fashion modeling and eventually moved to Paris, where she lived for more than three years.