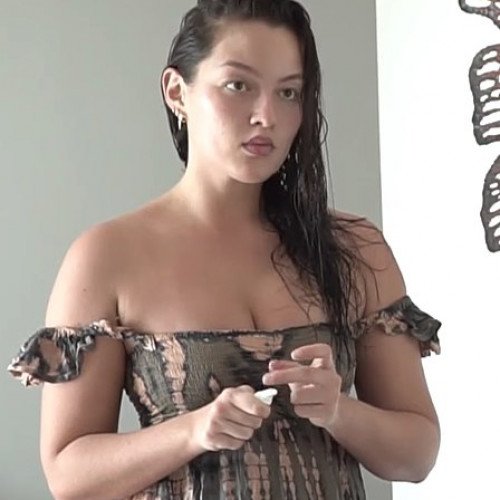 Mia Kang (born 30 December 1988) is a fashion model, Muay Thai fighter, body positivity advocate, and television host based in New York City. Kang grew up in Hong Kong and was bullied as a young girl for being overweight. She halved her weight at the age of 13, and was soon scouted as a model. Kang modeled across Asia and Europe through her high school and college years. She got a master's degree in finance and financial law in England, and left modeling to work as a commodities trader, before returning to modeling in New York City and winning the 2016 Sports Illustrated Swimsuit Issue model search and being named a 2017 Rookie. Despite her modeling success, Kang was miserable with the eating disorders that she felt the modeling industry demanded to stay thin, until she took up the martial art Muay Thai in Thailand. Training and fighting gained her respect for her body, healthy eating habits, weight and muscle. She now advocates for women's body confidence, while continuing to model at her larger size, and hosting Spy Games, an American reality competition television series. Mia Kang was born and raised in Hong Kong, though she has Swiss nationality. Her father is British and her mother is South Korean; they met while living in Taiwan, then moved to Hong Kong for business. Both parents were academics, with her father being a physicist from Oxford University. She has four older half-siblings (two half-sisters with the same father and a Taiwanese mother, and two half-brothers with the same mother and a different British father), but they lived in other parts of the world as she was growing up. As a teenager, Kang studied at and eventually graduated from the international Island School in Hong Kong, but never felt like she fit in. She says the Asian kids would socialize together and the western kids would socialize together, but she was half Korean and half British, and never felt she belonged with either. Kang grew up bullied and overweight, though a Sports Illustrated Swimsuit Issue cover with model Tyra Banks hung on her wall. When she was 13, a doctor told her she was obese, and at risk of weight related diabetes. So she went to the other extreme and essentially stopped eating, halving her weight in a couple of months. She says that she was around 86 kilograms (190 lb) before dropping to around 43 kilograms (95 lb); she was size 14 and became size 0. At the same time, she grew 6 inches (15 cm). The boys who had bullied her now asked her out on dates. 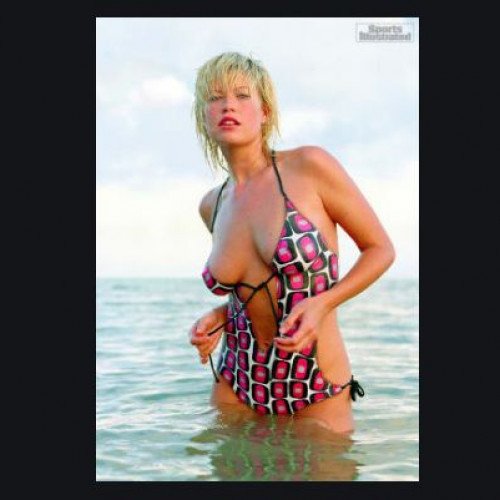 Melissa Keller (born 1979 in Long Lake, Minnesota) is an American model and actress. Keller began her modeling career when she was 15 years old and has modeled for Parasuco, Noxzema, GAP, Revlon, L'Oréal, Aveda and for the Sports Illustrated Swimsuit Issue in 2002, 2003, and 2004. In addition to working with photographers on her Sports Illustrated shoots, she was the object/subject of Joanne Gair's body painting work. Sports Illustrated and Nissan previously held a sweepstakes allowing people to register for a chance to attend a sporting event with Keller. Her film credits include Impact Point. Keller also appears in the music video of George Michael's Outside. Keller appeared as a guest chef on Paula Deen's show Paula's Best Dishes episode titled "Farmer's Market" on September 12, 2009. Keller was a featured actress in the Budweiser Super Bowl commercial broadcast in February 2014.