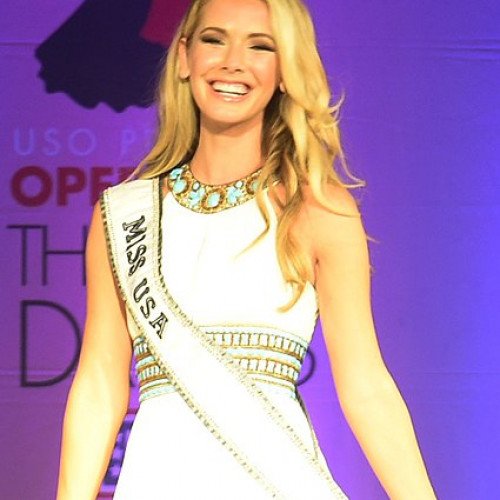 Olivia Jordan Thomas (born September 28, 1988) is an American actress, model, TV host and beauty pageant titleholder who was crowned Miss USA 2015. She represented the United States at Miss Universe 2015, where she placed as second runner-up. Jordan also represented the United States at Miss World 2013 where she finished in the top 20. She is the first woman from Oklahoma to be crowned Miss USA. Jordan was born and raised in Tulsa, Oklahoma to Bob and Jill Thomas. She is a fourth generation Tulsan, and attended Bishop Kelley High School. After graduating, Jordan moved to Boston, Massachusetts to attend Boston University. While a college student, Jordan became SAG-eligible through featured extra work in the movies Ted and Here Comes the Boom. While becoming a SAG member, Jordan learned that someone had already used the name "Olivia Thomas", and began using Jordan as her professional surname. She graduated in May 2011 with a Bachelor of Science in health sciences, and then moved to Los Angeles to pursue a career in modeling and acting. 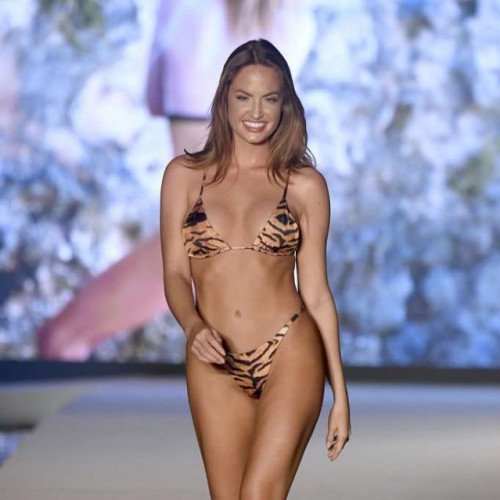 Haley Baylee Kalil (née O'Brien; born August 6, 1992) is an American model. In 2018, Kalil was featured in the Sports Illustrated Swimsuit Issue as a contestant in the first ever Sports Illustrated Swim Search. As one of the two winners of the competition alongside Camille Kostek, she appeared again in the 2019 edition as a rookie and 2020 edition. Prior to her career as a model, Kalil competed in beauty pageants. As a teenager, she was crowned Miss Minnesota Teen USA 2010 and later competed in Miss Teen USA 2010. Afterwards, Kalil was crowned Miss Minnesota USA 2014, and placed in the top twenty in Miss USA 2014. Kalil was born Haley O'Brien in Excelsior, Minnesota. She is the middle child of three; Kalil has an elder sister and a younger brother. She attended St. Cloud State University in St. Cloud, Minnesota, where she graduated summa cum laude with a Bachelor of Science in medical biology and psychology, and a minor in chemistry.