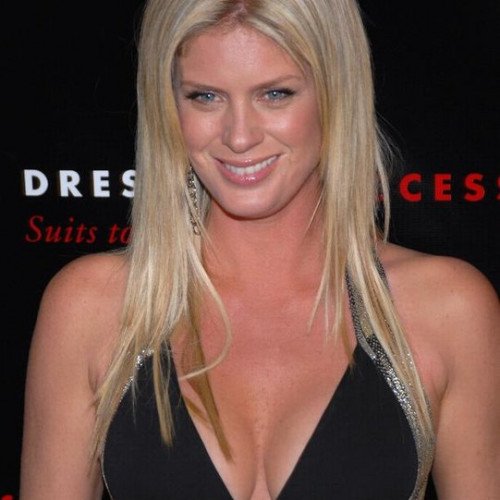 Rachel Hunter (born 8 September 1969) is a New Zealand model, actress and the host of Imagination Television's Rachel Hunter's Tour of Beauty. She has appeared on several magazine covers, including Vogue, Elle, Rolling Stone, Sports Illustrated, Playboy, Cosmopolitan and Harper's Bazaar. She has been on the cover of the Sports Illustrated Swimsuit Issue twice; in 1994 (alongside Kathy Ireland and Elle Macpherson) and in 2006 (alongside six other models). Hunter was born in Glenfield, a suburb of Auckland, New Zealand. Her parents divorced when she was still a child. As a child she wanted to be a ballet dancer, but was diagnosed with a rare blood disease which curtailed her dancing ambitions. Hunter began her career at age 16, modelling in France, Australia and New Zealand, appearing in Australian Vogue, Harper's Bazaar, Australian Cosmopolitan and for various campaigns throughout New Zealand and Australia. She became the face of Tip Top Ice-Cream in New Zealand and was the "Trumpet Girl". She was quickly signed up to Ford Models and immediately embarked on a successful career, landing a Cover Girl cosmetics contract and becoming the spokesperson for the company for quite a few years. Hunter rose to global prominence after posing as a Sports Illustrated swimsuit model in 1989. She subsequently appeared on magazine covers, including Cosmopolitan and on the 1994 "Dream Team" cover of Sports Illustrated's annual swimsuit issue with other Supermodels Elle MacPherson and Kathy Ireland, and again graced its cover, this time solo, 12 years later in 2006. Hunter also appeared on the cover of Vogue Italia, Australian Vogue, American and international editions of Elle and Dutch Harper's Bazaar. Hunter posed nude for a cover-featured Playboy pictorial published in April 2004. 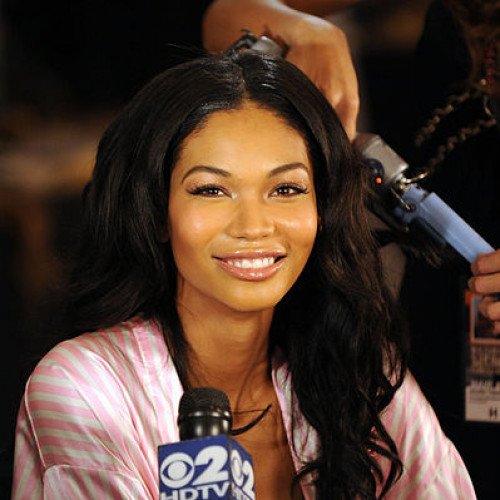 Chanel Iman Robinson Shepard (born December 1, 1990) is an American model. She is best known for her work as a Victoria's Secret Angel. Vogue Paris declared her as one of the top 30 models of the 2000s. Iman was born in Atlanta, Georgia in 1990. She grew up in Los Angeles, California. Her mother is of mixed heritage being half African American and half Korean. Her father is African American. Iman started modeling with Ford Models at the age of 12 as a child model in Los Angeles, California. She flew to New York in 2006 and won third place in Ford's Supermodel of the World contest. Shortly after, she signed on with the agency. She has appeared in editorials for Allure, Dubai, American, and Ukrainian Harpers Bazaar, V, i-D, Pop, Italian, British, and Indonesian Elle, Italian Vanity Fair, and several international Vogues. In February and July 2007, Iman appeared on the cover of Teen Vogue, with Karlie Kloss and Ali Michael, photographed by Patrick Demarchelier, then in November 2009 she appeared on the cover again, this time with Jourdan Dunn. Iman's other covers include American, British, and Italian Elle, American and French L'Officiel, i-D, Dubai and Ukrainian Harper's Bazaar, Lula, Korean, Teen, and American Vogue. She has walked the runways for Burberry, Tom Ford, Gucci, Balenciaga, Max Mara, Versace, Yves Saint Laurent, Oscar de la Renta, Stella McCartney, DKNY, Moschino, Tommy Hilfiger, Jason Wu, Dior, Michael Kors, Hugo Boss, Ralph Lauren, Dolce & Gabbana, Kenzo, Hermés, Louis Vuitton, Alexander McQueen, Roberto Cavalli, Marc Jacobs, DSquared2, John Galliano, and Bottega Veneta.