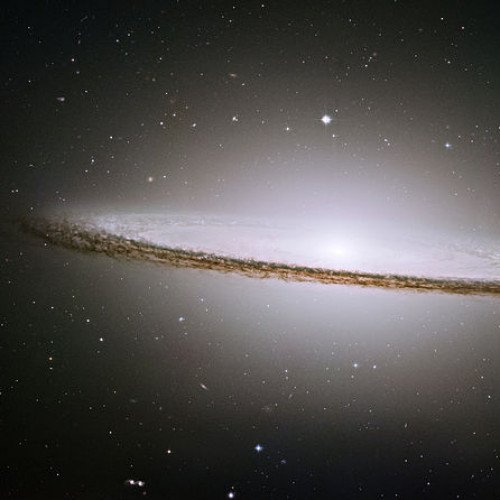 The Sombrero Galaxy (also known as Messier Object 104, M104 or NGC 4594) is a spiral galaxy in the constellation borders of Virgo and Corvus, being about 9.55 megaparsecs (31.1 million light-years) from our galaxy, within the local supercluster. It has a diameter of approximately 15 kiloparsecs (49,000 light-years), 0.3x times the size of the Milky Way. It has a bright nucleus, an unusually large central bulge, and a prominent dust lane in its outer disk, which is viewed almost edge-on. The dark dust lane and the bulge give this galaxy the appearance of a sombrero hat. Astronomers initially thought that the halo was small and light, indicative of a spiral galaxy, but the Spitzer Space Telescope found that the dust ring around the Sombrero Galaxy is larger and more massive than previously thought, indicative of a giant elliptical galaxy. The galaxy has an apparent magnitude of +8.0, making it easily visible with amateur telescopes, and it is considered by some authors to be the galaxy with the highest absolute magnitude within a radius of 10 megaparsecs of the Milky Way. Its large bulge, its central supermassive black hole, and its dust lane all attract the attention of professional astronomers. 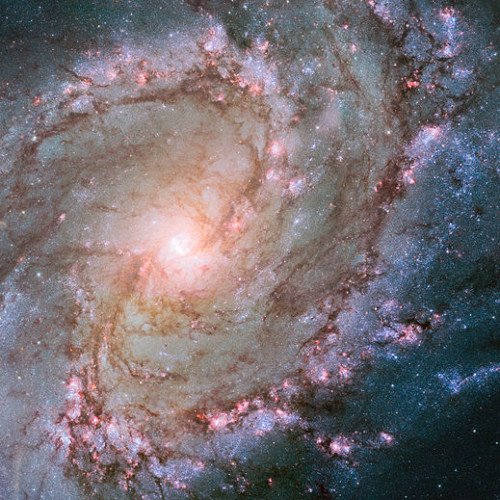 Messier 83 or M83, also known as the Southern Pinwheel Galaxy and NGC 5236, is a barred spiral galaxy approximately 15 million light-years away in the constellation borders of Hydra and Centaurus. Nicolas Louis de Lacaille discovered M83 on February 23, 1752 at the Cape of Good Hope. Charles Messier added it to his catalogue of nebulous objects (now known as the Messier Catalogue) in March 1781. It is one of the closest and brightest barred spiral galaxies in the sky, and is visible with binoculars. Its nickname of the Southern Pinwheel derives from its resemblance to the Pinwheel Galaxy (M101). M83 is a massive, grand design spiral galaxy. Its morphological classification in the De Vaucouleurs system is SAB(s)c, where the 'SAB' denotes a weak-barred spiral, '(s)' indicates a pure spiral structure with no ring, and 'c' means the spiral arms are loosely wound. The peculiar dwarf galaxy NGC 5253 lies near M83, and the two likely interacted within the last billion years resulting in starburst activity in their central regions. The star formation rate in M83 is higher along the leading edge of the spiral arms, as predicted by density wave theory. NASA's Galaxy Evolution Explorer project on April 16, 2008 reported finding large numbers of new stars in the outer reaches of the galaxy – 20 kpc from the center. It had hitherto been thought that these areas lacked the materials necessary for star formation.