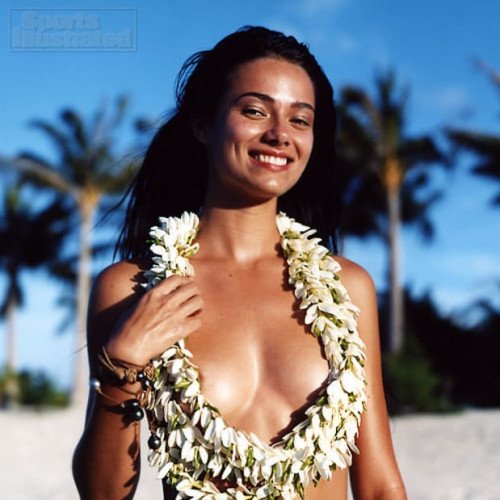 Alicia Hall (born December 2, 1985) is an American model who won NBC's 2005 reality TV show Sports Illustrated Swimsuit Model Search. Hall was raised in Las Vegas, Nevada, and by the age of seven, becoming a swimsuit model was her lifelong career goal. Once she was old enough, Hall began appearing in local fashion shows. At the age of 13, encouraged by her mother and stepfather, she participated in her first professional photo shoot in October 1998 before winning a competition held by the John Robert Powers School, a well-established Las Vegas modeling institution where she then received formal training while working as a freelance web designer. In January 2003, Hall competed on CBS's revival of Star Search, making it as far as the semi-finals in the model category. Hall again took the reality TV path when she was chosen from thousands of applicants to be one of the 12 finalists on series Sports Illustrated Swimsuit Model Search, which pitted aspiring models against one another in a six-episode modeling competition for a $1-million modeling contract with NEXT Model Management and a spread in Sports Illustrated's annual Swimsuit Issue. Hall made it to the final two, along with Shannon Hughes, and subsequently won. She has since modeled for Skechers and is currently signed with Elite Model Management in Miami and Los Angeles, Chic Model Management in Australia, DCM Models in Seoul, Satoru Models in Japan, Major Model Management in Paris, and Race Model Management in New York. In 2009, Hall auditioned online for the Victoria's Secret Model Search. She was selected as one of the top 10 finalists that competed to walk in the 2009 Victoria's Secret Fashion Show. Though Hall garnered substantial praise during the competition's first task, a lingerie shoot with photographer Russell James, she struggled during the second task workout with personal trainer David Kirsh and ultimately lost to fellow competitors Kylie Bisutti and Jamie Lee Darley. She featured in the video of Egyptian singer Amr Diab's song Wayah. 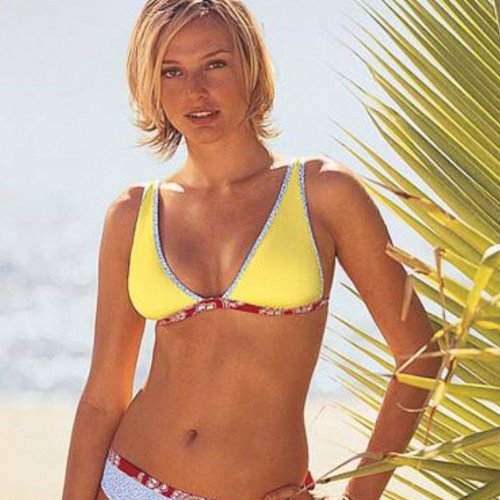 Bridget Hall (born December 12, 1977) is an American model. Hall was born in Springdale, Arkansas. At the age of 10 she was modeling in Dallas, Texas. At this time she was living in the suburb of Farmers Branch, where she briefly attended R. L. Turner High School. Shortly thereafter, she moved with her mother Donna Hall to New York City to pursue her modeling career. By the age of 17, she was listed in Forbes as one of the "best ten" moneymaking supermodels along with Cindy Crawford and Christy Turlington. Formerly with Ford Models, she signed with IMG Models and has appeared on fashion magazine covers such as Vogue, Harper's Bazaar, ELLE and Allure and in fashion shows in New York City, Paris and Milan. Hall has worked for a wide variety of clients including Pepsi Cola, Guess Jeans, and Anne Klein. Hall is also signed to Independent Models in London and 1 Model Management in New York City. She was included in the Sports Illustrated Swimsuit Issue from 2002–05. She was the object/subject of Joanne Gair body painting works in several editions.