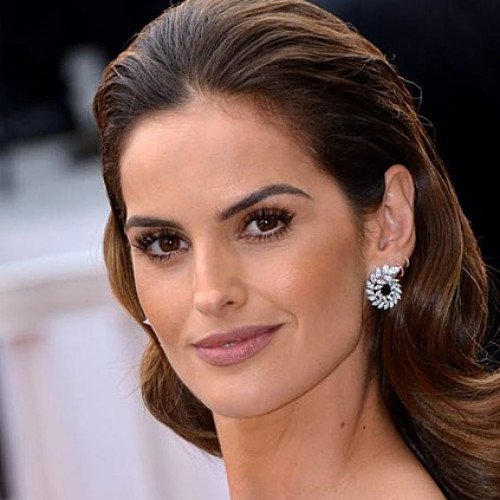 Maria Izabel Goulart Dourado (born 23 October 1984) is a Brazilian fashion model. She is best known as having been one of the Victoria's Secret Angels from 2005 to 2008 and for her work with Sports Illustrated Swimsuit Issue and Armani Exchange. Goulart was born in São Carlos, São Paulo. She is of Portuguese and Italian descent and has four brothers and one sister. Goulart once said, "the hardest part about being is I spend time away from my mom's food and away from my home with my five brothers and sister". School was a particularly rough time for Goulart, as she was made fun of for her skinny build and was called names such as "giraffe". While shopping for groceries with her mother at age 14, a hairstylist suggested that she should become a model. She moved to the state capital, São Paulo, and started modeling, moving to France shortly afterwards to develop her career. Goulart returned to São Paulo in August 2001 (aged 16), where she joined former agency Success. Her career in the Brazilian fashion world was launched by Ney Alves, currently the director of Major Models Brazil. During Goulart's first ever fashion show appearance, she experienced a wardrobe malfunction when her top fell open. The incident made many Brazilian newspapers. She eventually put this event behind her and returned to the runway to model collections for A-list designers such as Alberta Ferretti, Bill Blass, Balenciaga, Bottega Veneta, Isabel Marant, Givenchy, Altuzarra, Oscar de la Renta, Valentino, Balmain, Jil Sander, Chanel, Michael Kors, Ralph Lauren, Emilio Pucci, Dolce and Gabbana, Emanuel Ungaro, Loewe, Roberto Cavalli and Stella McCartney, among others. Goulart has also modeled for H&M, Express, Neiman Marcus, Missoni and DSquared². In 2005, Goulart appeared on the covers of the April edition of Marie Claire France and, in December, Vogue Brazil. She first appeared in the Victoria's Secret Fashion Show in 2005, the year she was contracted as an Angel. She received a star on the Hollywood "Walk of Fame" prior to the Victoria's Secret Fashion Show 2007. Although she is no longer an Angel, Goulart walked in the 2005, 2006, 2007, 2008, 2009, 2010, 2011, 2012, 2013, 2014, 2015, and 2016 Victoria's Secret Fashion Shows. In 2008, she replaced fellow Victoria's Secret Angel Alessandra Ambrosio as the face of A/X Armani Exchange and she was featured in three seasonal print campaigns for the label. 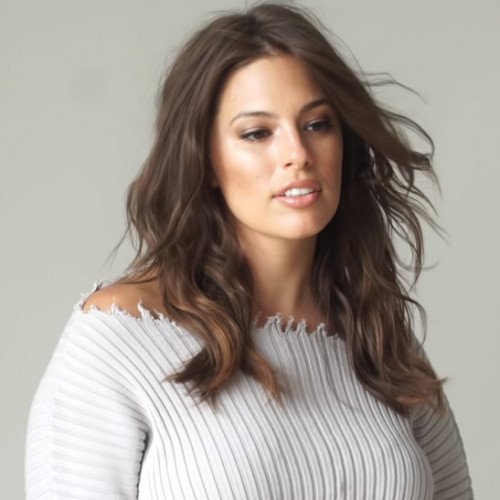 Ashley Graham (born October 30, 1987) is an American model and television presenter. When Graham was in eighth grade, she moved to Lincoln, Nebraska, with her family. While growing up, she was diagnosed with ADD and dyslexia. She has two younger sisters. She attended Scott Middle School from 1999 to 2002 and attended Lincoln Southwest High School from 2002 to 2005. She was identified in 2000 by the I & I agency while shopping at Oak View Mall in Omaha, Nebraska. Graham started modeling at the age of twelve. In 2001, Graham signed a deal with Wilhelmina Models, after attending a model convention. In 2003, she signed a deal with Ford Models. During her early career, she appeared in YM magazine. In April 2007, she was profiled by Sally Singer of Vogue magazine. She appeared on the October 2009 issue of Glamour editorial "These Bodies are Beautiful at Every Size," along with plus-size models including Kate Dillon Levin, Amy Lemons, Lizzie Miller, Crystal Renn, Jennie Runk and Anansa Sims. In 2010, Graham appeared in a controversial Lane Bryant TV commercial. The commercial received over 800,000 views on YouTube and was covered by news outlets such as The Huffington Post and the New York Post. On May 31, 2010, she appeared on The Tonight Show with Jay Leno, to address the controversy. She has also walked for international designers like Prabal Gurung, Michael Kors, Love Mag, Dolce and Gabbana, H&M, Tommy Hilfiger, Rag and Bone, Christian Siriano.