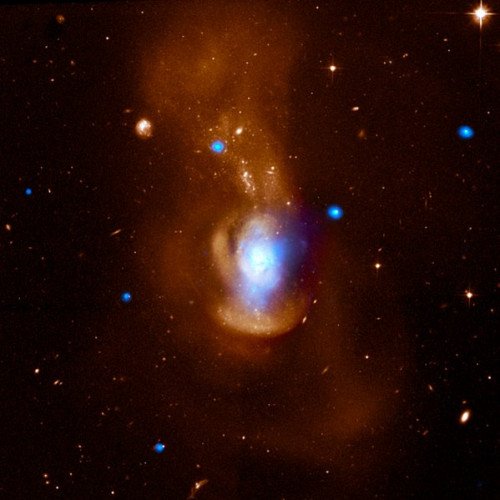 NGC 4194, the Medusa merger, is a pair of interacting galaxies in the constellation Ursa Major. A region of extreme star formation 500 ly (150 pc) across exists in the center of the Eye of Medusa, the central gas-rich region. 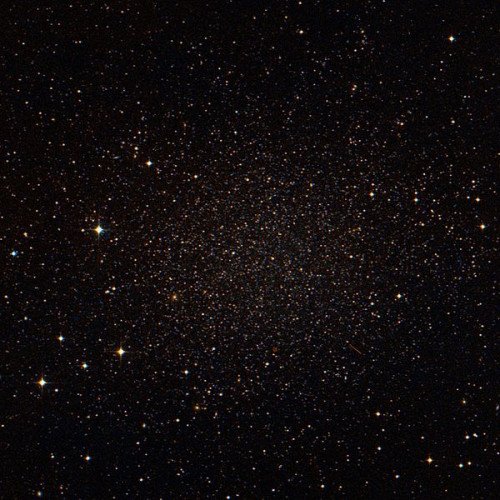 The Sculptor Dwarf Galaxy (also known as Sculptor Dwarf Elliptical Galaxy or the Sculptor Dwarf Spheroidal Galaxy, and formerly as the Sculptor System) is a dwarf spheroidal galaxy that is a satellite of the Milky Way. The galaxy lies within the constellation Sculptor. It was discovered in 1937 by American astronomer Harlow Shapley using the 24-inch Bruce refractor at Boyden Observatory. The galaxy is located about 290,000 light-years away from the Solar System. The Sculptor Dwarf contains only 4 percent of the carbon and other heavy elements in our own galaxy, the Milky Way, making it similar to primitive galaxies seen at the edge of the universe. The metallicity of Sculptor dwarf appears to be broken up into two distinct groups, one with [Fe/H] = -2.3 and the other with [Fe/H] = -1.5. Similar to many of the other Local Group galaxies, the older metal-poor segment appears more extended than the younger metal-rich segment. Using both Hubble Telescope and Gaia observations 12 years apart, about 100 stars in the galaxy were mapped accurately, and 3D motions of about 10 of those stars enable trajectories to be mapped as well.