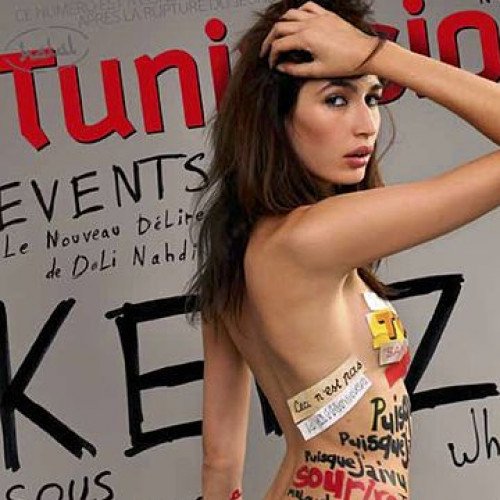 Kenza Fourati (Arabic: كنزة الفراتي‎) is a Tunisian model. Fourati was born in Lille, France, on 13 May 1987. She moved to her native Tunisia with her family when she was two months old, growing up in the coastal town of La Marsa in Tunisia. Fourati's mother, Dora Bouchoucha, is a Tunisian film producer, and her father, Kamel Fourati, is a radiologist in Tunisia. Her paternal grandfather, Mohamed Fourati, was a cardiologist and a pioneer of heart transplant surgery in Tunisia. Her paternal grandmother, Michèle Roly, is French and a native of Lille in northern France. Fourati has a younger sister, Maleke Fourati, who is a PhD candidate in Development Economics at the UNSW Business School, in Australia. Fourati attended a French high school in Tunisia and began modelling after graduation. Shortly thereafter, she moved to Paris, to study at the Paris-Sorbonne University. Fourati graduated with a Bachelor in Literature and Fine Arts in 2008. She then moved to London to study filmmaking at Kingston University, London where she continued modelling Fourati graduated with a master's degree in Film/Cinema/Video Studies in 2010. Fourati has said that she has wanted to become a director since she was young. She has been studying acting at the New York Film Academy since 2011. Fourati speaks Arabic, English, French and "a little bit of Italian". She has dual French and Tunisian citizenship. 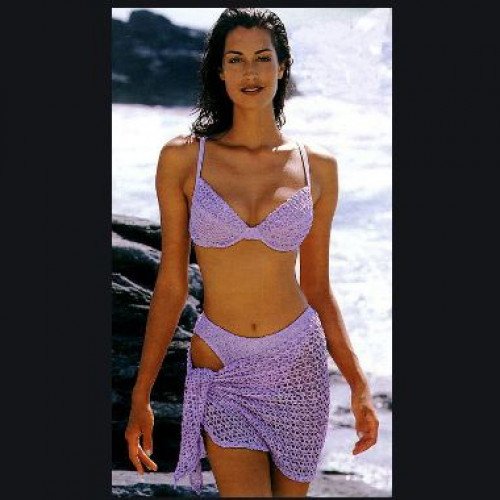 Yasmeen Ghauri (Urdu: یاسمین غوری‎; born March 23, 1971) is a former Canadian supermodel. Yasmeen Ghauri was born in Montreal, Quebec to a German mother Linda and a Pakistani father, Moin Ghauri. Ghauri who was raised Muslim had a difficult childhood and was bullied by her classmates at school for her Pakistani heritage. Ghauri went with her parents for the Islamic Hajj pilgrimage to Mecca when she was 12. When she was 17, Ghauri was discovered while working at a McDonald's restaurant by Montreal hairdresser and artistic director of Platine Coiffure, Edward Zaccaria. Soon after her discovery, there was a shift in mentality within the fashion industry, moving from predominantly Nordic-looking models to more "ethnic" models, a trend which Ghauri helped to inspire. Despite her parents' disapproval, Ghauri actively pursued a modeling career, premiering in Milan and Paris before moving to New York in 1990. Here, she was noticed by fashion critics and labels alike. The New York Times described her runway walk as a "ball-bearing swivel of her hips". Her appearance prompted part of what is now termed in fashion the "Canadian invasion".