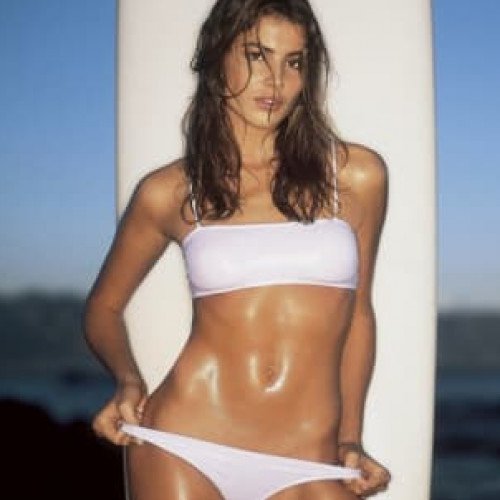 Luján Fernández (born 12 March 1980)She is an Angel of Victoria’s Secret. She is a top model Argentine model, perhaps best known for her three-year run in the Sports Illustrated Swimsuit Issue. Since childhood, Fernández was involved with several local television programs. She was a teenage TV star before becoming a model, when she was discovered at the age of 14 while on a Uruguayan beach. After consulting with her parents, she pursued a modeling career. Fernández appeared on the covers of ELLE, GQ, Harper's Bazaar, as well as American, German, and French Vogue. The work kept coming and, like many foreign models before her, she decided to move to New York City. Fernández hit the runway for the likes of Ralph Lauren, BCBG and John Bartlett, and has been featured in print campaigns for Perry Ellis, Chloé, Emanuel Ungaro, and XOXO, and appeared in the Victoria's Secret catalogs. She also appeared in the Sports Illustrated Swimsuit Issue from 1999 through 2001. She ranked #66 in Maxim's 100 Sexiest Women in 2001. That same year, she appeared in Sports Illustrated Swimsuit Issue Collection of 2001. She is a singer and songwriter. Lujo is her artistic name.she is on Spotify and iTunes with the song Crown. 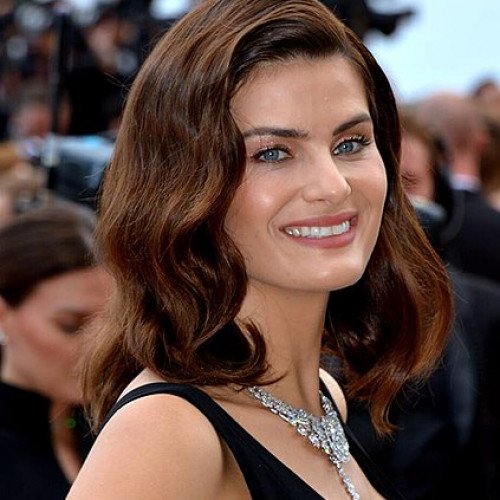 Isabeli Bergossi Fontana (born 4 July 1983) is a Brazilian model. Fontana was born in Curitiba, Paraná, Brazil, to Maribel Bergossi and Antonio Carlos Fontana. She is of Portuguese and Italian descent. At just 13 years of age she made it to the finals of the 1996 Elite Model Look. The following year she moved from Brazil to Milan, Italy. She has been in a number of runway shows since the early 2000s along with supermodels Gisele Bündchen, Carmen Kass, Angela Lindvall, Ana Beatriz Barros, Julia Stegner, Izabel Goulart In 1999, at the age of 16, she appeared in the Victoria's Secret lingerie catalogue. The shoot caused controversy, as Victoria's Secret stated that they would not use models younger than 18. Soon after the Victoria's Secret shoot, she was signed by Versace, Ralph Lauren and Valentino. Since 1999 she has modeled for Sports Illustrated Swimsuit Issue, Marie Claire, ELLE, Vogue, Harper's Bazaar, Numéro, i-D, Arena and many others. Fontana has been the face of a variety of advertising campaigns including Shiatzy Chen, Armani Jeans, Chanel, Bulgari, Colcci, Disritmia, Dolce and Gabbana, Emporio Armani, Enrique Martinez, Escada, H&M, Helena Rubinstein, Hugo Boss, Hussein Chalayan, Leonisa, Massimo Dutti, Mango M. Officer, Nicole Farhi, Oscar de la Renta, Peter Hahn, Philips, Ralph Lauren, Revlon, Roberto Cavalli, Rosa Chá, Saks Fifth Avenue, Tommy Hilfiger, Triton, Valentino, Versace, Victoria's Secret, Vivara and others. Photographed by Steven Meisel, she was presented on the September 2004 cover of American Vogue as one of the "Models of the Moment". She featured as a 'Face of the Moment' in May 2009's US Vogue. Fontana can be seen in the Spring/Summer 2011 campaigns for Escada, Dolce and Gabbana, Uniqlo & Ann Taylor. Fontana is the face of Viktor & Rolf's fragrance Flowerbomb as of 2014 as well as Bvlgari's Goldea from 2015. In 2008, Fontana made her debut on the Forbes The World's 15 Top-Earning Models list at place 11, having earned $3 million. She has appeared in the Pirelli Calendar on a number of occasions, including in the 2011 calendar, which features models posing as Greek and Roman gods, photographed by Karl Lagerfeld. In 2011, she was part of the Miss Universe 2011-judging panel.