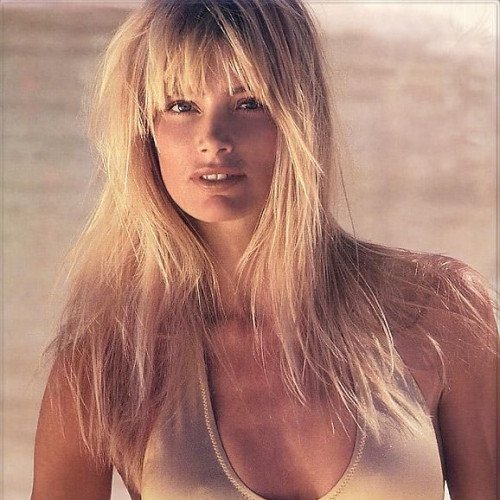 Kelly Kay Emberg (born July 2, 1959) is an American former model best known for her appearances in the Sports Illustrated Swimsuit Issue and in advertisements for companies like Cover Girl. Emberg was born in Houston, Texas, and attended Stratford High School, where she was a member of the school's female drill team, the Spartanaires. She was a cheerleader in her senior year with partner Kelly Bittner. She modeled part-time during high school after being "discovered" by Alan Martin, a local photographer in Houston who introduced her to John Casablancas. Casablancas brought her to New York City to join his new agency Elite Model Management, where her print career took off. She appeared on the covers of Vogue, Harper's Bazaar, Glamour and Cosmopolitan magazines. Her first cover was for British Vogue photographed by Alex Chatelain.[citation needed] She also appeared numerous times in the Sports Illustrated Swimsuit Issue and in advertisements for Cover Girl cosmetics, Napier Jewelry, and Calvin Klein. After her modeling career, Emberg attended UCLA for three years studying interior design. She worked for interior designer Michael S. Smith and owns The Cotton Box, with a shop on Melrose Avenue, Los Angeles. Her biggest client is Rod Stewart. Emberg created the interior designs for the guest house on his Los Angeles estate in which Ruby, along with Kimberly and Sean, Stewart's children by Alana Hamilton, live. Emberg's passion for gardening created her current career as Kelly Emberg: The Model Gardener, in which she provides advice, expertise, and enthusiasm, encouraging people to "grow their own" organic veggies. An advocate of wellness through diet, she can be heard on I Heart Radio, and seen on her social media profiles, and www.kellyemberg.com 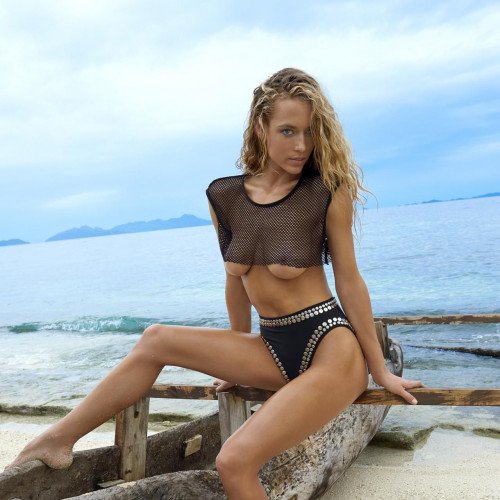 Hannah Emily Rose Ferguson (born October 12, 1992) is an American model. Ferguson's parents met while serving in the U.S. Marine Corps. She stated on the show Model Squad (2018) that her family "had financial struggles". The family went through a phase "without running water for 5 years". After graduating from high school, she won the Kim Dawson Model Search and moved to Dallas to start her career. After six months, she moved to New York City. She has appeared in the 2014, 2015, 2016, and 2017 editions of the Sports Illustrated Swimsuit Issue. In her first appearance, she also posed in bodypaint by Joanne Gair. She has also been featured in magazines such as GQ. Ferguson appeared in advertising for Carl's Jr. and Triumph International. In 2017, Ferguson walked for Max Mara, Alberta Ferretti and Moschino at Milan Fashion Week and opening the 2018 Philipp Plein Resort show. In 2018, she walked for designers including Chloé, Dolce & Gabbana and Chanel. Ferguson also appeared in campaigns for Chanel Beauty and Jimmy Choo's Fever fragrance and was featured on the covers of Vogue Thailand, Elle (Brazil, Portugal), Harper's Bazaar Ukraine and Numéro Russia.