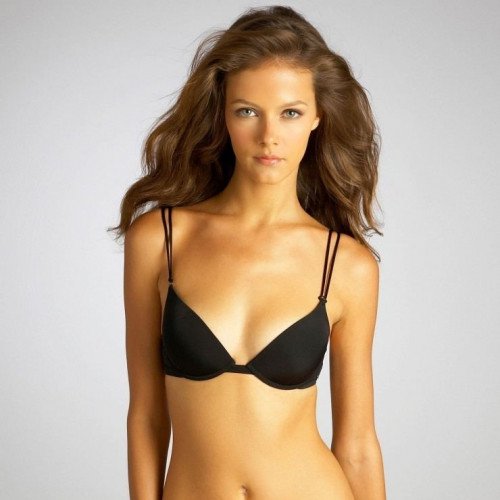 Lucia Dvorská (born 14 July 1988) is a Slovak model who appeared in the 2009 Sports Illustrated Swimsuit Issue. She was born in Bratislava, Slovakia. She grew up in a village in western Slovakia, Zohor. Despite appearing in a television commercial as a child, she didn't start modeling until age 16. She was a contestant on the 2007 reality television show, A Model Life, hosted by Petra Němcová on TLC and as a result she won a $100 000 contract with "Next" Agency. Dvorská was a beauty pageant titleholder as the 2000 Little Miss World. 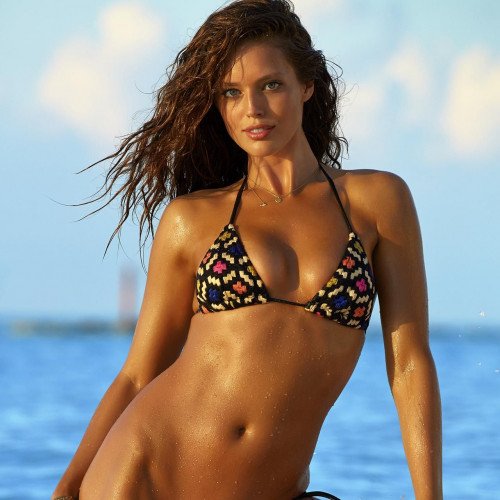 Emily DiDonato (born February 24, 1991) is an American model. Born in Goshen, New York, DiDonato is of Italian, Irish, and Native American ancestry. Her great-grandparents emigrated to the U.S. from Italy. Emily was scouted at the Danbury Mall when she was 10 years old by Tina Kiniry from the John Casablancas Modeling & Acting Agency of Connecticut. Tina introduced Emily to Request Model Management in 2008 and she booked jobs as the face of Guess? clothing for spring 2009 and as a model in Ralph Lauren's "Rugby" spring 2009 advertisement campaign. In May 2009, she was signed as the face of Maybelline New York, having just graduated from high school with only a few months of modeling experience, and made her television commercial debut for the company's "Color Sensational Lip Color" line, alongside Christy Turlington, Jessica White, and Julia Stegner. DiDonato began modeling for Victoria's Secret in August 2009, and appeared on her first magazine cover with The Block's October 2009 issue. Prior to the 2009 New York Fashion Week, Vogue Germany dubbed her "top newcomer". In 2010, she became the face of Giorgio Armani's fragrance Acqua Di Gioia. Images of her from this campaign were used as the cover pages of L'Oréal's Annual and Financial Reports for 2010. For Summer 2013, Emily DiDonato stars in advertising campaign for Oysho. She made her Sports Illustrated Swimsuit Issue debut in 2013, with photos taken in Namibia.