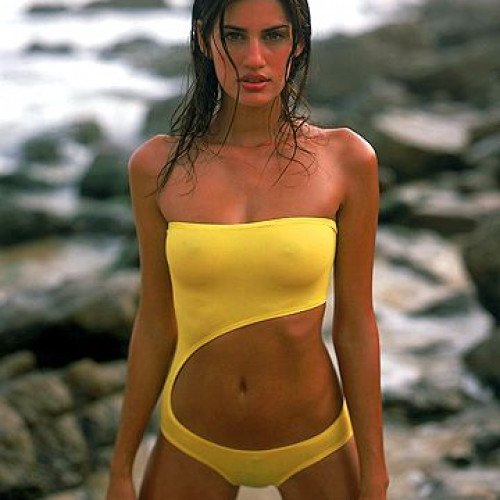 Yamila Díaz-Rahi (born March 9, 1976), also Yamila Diaz, is an Argentine model. She has appeared in the Sports Illustrated Swimsuit Issue a total of 11 times, and made the cover of the magazine first in 2002 and again in 2006. She also featured in the 50th anniversary SI edition in 2014 titled "The Legends". Díaz was born in Buenos Aires, Argentina. Her father is of Spanish and Lebanese descent and her mother, Spanish. Her father was a doctor and her mother was a health care manager. While studying Economics in Buenos Aires in 1996, she took a holiday in Uruguay where she was discovered by a scout from a Milan modeling agency. 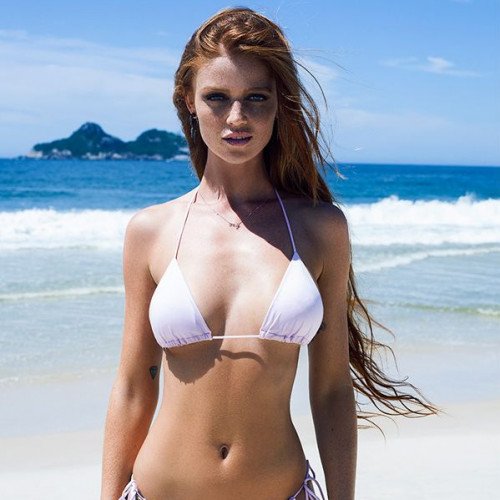 Cintia Schneider Dick (born December 6, 1986), known as Cintia Dicker, is a Brazilian model and actress. She has appeared in advertisements for Ann Taylor, Macy's, L'Oréal, American Eagle Outfitters, Tom Ford, Wildfox Couture, and Yves Saint Laurent, and in catalogs for Victoria's Secret, H&M, Gap, bebe stores, and Lands' End. She has been on the covers of French Marie Claire, Elle, Madame Figaro and Brazilian Vogue/Teen Vogue, and was featured in the Sports Illustrated Swimsuit Edition in 2009, 2010, 2011, 2012 and 2013. Dicker has walked fashion shows including Gucci, Anna Sui, Peter Som, Matthew Williamson, Tommy Hilfiger, DSquared², Lanvin, and Dolce & Gabbana. Her career modeling and acting for Sports Illustrated and other high paying clients has allowed her to support children's charities in Brazil and she also hopes it will allow her to start her own businesses in the future. She is ranked as one of the 'Top Sexiest" models in the industry. She has described herself as spiritualist. In 2014, she was given the role of Milita in the Brazilian telenovela Meu Pedacinho de Chão. She is a natural redhead. In 2015, she performed in the 100 Years of Beauty series of the WatchCut Video Youtube Channel, representing her home country Brazil.