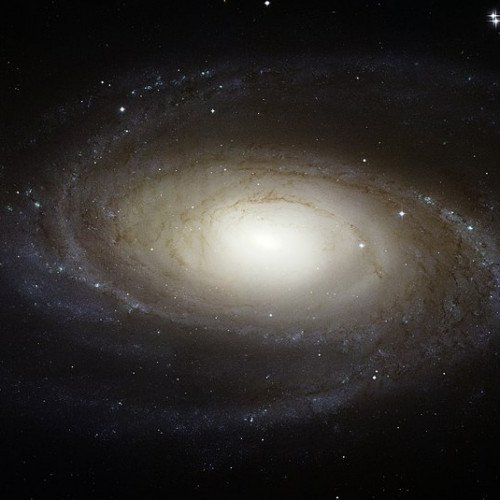 Messier 81 (also known as NGC 3031 or Bode's Galaxy) is a grand design spiral galaxy about 12 million light-years away, with a diameter of 90,000 light years, in the constellation Ursa Major. Due to its proximity to our galaxy, large size, and active galactic nucleus (which harbors a 70 million M☉ supermassive black hole), Messier 81 has been studied extensively by professional astronomers. The galaxy's large size and relatively high brightness also makes it a popular target for amateur astronomers. The galaxy is to be found approximately 10° northwest of Alpha Ursae Majoris along with several other galaxies in the Messier 81 Group. Its apparent magnitude due to its distance means it requires a good night sky and only rises very briefly and extremely low at its southernmost limit from Earth's surface, about the 20th parallel south. Messier 81 and Messier 82 are considered ideal for viewing using binoculars and small telescopes. The two objects are generally not observable to the unaided eye, although highly experienced amateur astronomers may be able to see Messier 81 under exceptional observing conditions with a very dark sky. Telescopes with apertures of 8 inches (20 cm) or larger are needed to distinguish structures in the galaxy. 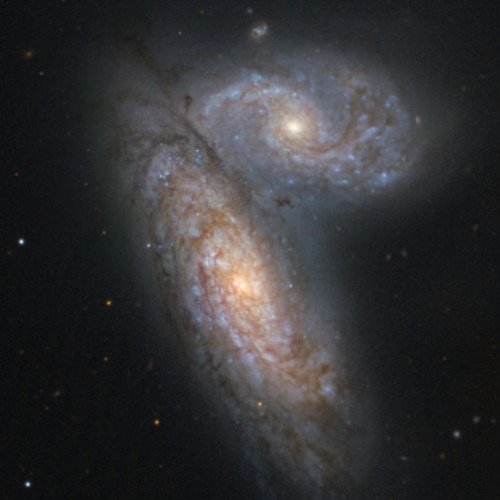 NGC 4567 and NGC 4568 are a set of unbarred spiral galaxies about 60 million light-years away in the constellation Virgo. They were both discovered by William Herschel in 1784. They are part of the Virgo Cluster of galaxies. Only one supernova (SN 2004cc) was observed in the Butterfly Galaxies until March 31, 2020, when the Zwicky Transient Facility detected the rapidly-rising supernova 2020fqv. These galaxies are in the process of colliding and merging with each other, as studies of their distributions of neutral and molecular hydrogen show, with the highest star-formation activity in the part where they overlap. However, the system is still in an early phase of interaction. They were nicknamed "Siamese Twins" because they appear to be connected. On August 5, 2020, NASA announced that they would not use that nickname in an effort to avoid systemic discrimination in their terminology.