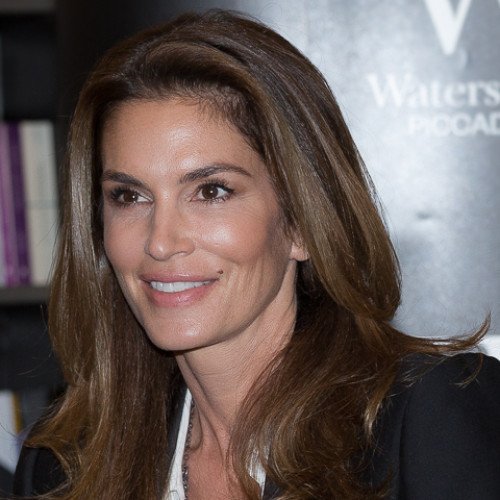 Cynthia Ann Crawford (born February 20, 1966) is an American model, actress, and businesswoman. During the 1980s and 1990s, Crawford was among the most popular supermodels and a ubiquitous presence on magazine covers, runways, and fashion campaigns. Her years of successful modeling career made her an international celebrity that have led to subsequent acting and business ventures. Cynthia Ann Crawford was born in DeKalb, Illinois, on February 20, 1966, the daughter of Dan Crawford and Jennifer Sue Crawford-Moluf (née Walker). She has two sisters, Chris and Danielle. as well as a brother, Jeffery, who died of childhood leukemia at age 3. She has stated that her family has been in the United States for generations and that her ancestry is mostly German, English, and French. By appearing in an episode of Who Do You Think You Are? in 2013, she discovered that her ancestors included English nobility and continental royal families of the Middle Ages and that she was descended from Charlemagne. In her sophomore year at high school, she received a call from a local clothing store regarding modeling work, only to discover that it was a practical joke set up by two of her classmates. However, the following year another store hired a number of high school girls, including Crawford, to work for them (including a fashion shoot). In her junior year, local photographer Roger Legel, whose duties included photographing a different college girl to be that week's coed in the DeKalb Nite Weekly, asked to take her picture for the publication; the result was Crawford's first cover. The photo and positive feedback she received were enough to convince her to take up modeling. She entered the Elite Model Management's Look of the Year contest at 17 and was the runner-up. Elite Model Management in Chicago then started representing her. Crawford graduated from DeKalb High School in 1984 as valedictorian. She earned an academic scholarship to study chemical engineering at Northwestern University, which she attended for only one quarter before dropping out in order to pursue a full-time modeling career. After working for photographer Victor Skrebneski in Chicago, Crawford moved to New York City in 1986, and signed with the Elite New York modeling agency. 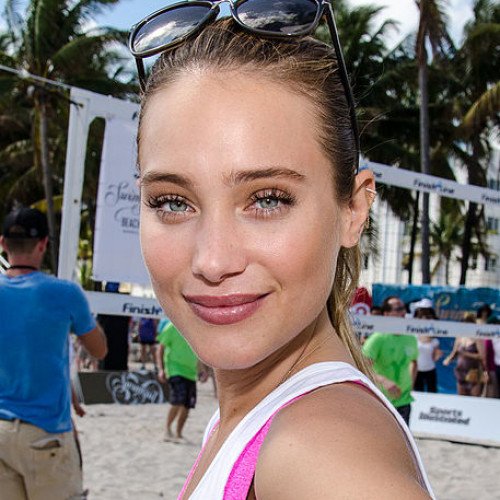 Hannah Jeter (née Davis; born May 5, 1990) is a U.S. Virgin Islands born model and television host best known for her appearances in the Sports Illustrated Swimsuit Issue, including the cover of the 2015 edition. Hannah Davis was born and raised on Saint Thomas, in the U.S. Virgin Islands, the youngest of three daughters of Deborah (née Behm) and Conn Davis. She stated that the best part of growing up there was "the friendly people, great weather and waking up to the sound of the waves on the beach". Professionally, Davis appeared in campaigns for Ralph Lauren, Blue Label and walked in their 2006 Spring/Summer runway show. She was additionally the face of the Ralph Lauren fragrance, Ralph Rocks. Davis appeared on two individual covers for the Italian magazine D in 2006, Mexico's Elle in August 2009, France's FHM in September 2012 and South Africa's FHM in April 2013. She modeled for Victoria's Secret as well as American Eagle Outfitters, Tommy Hilfiger, and Levi's. Davis has appeared in televised advertisements as the DirecTV Genie, and appears in a series of ads for the same company. Davis has appeared in five editions of the Sports Illustrated Swimsuit Issue from 2013 to 2017, and was the cover model of the 2015 issue. In 2015, she appeared in a bit part in the comedy film Vacation, as a flirtatious young woman driving a red Ferrari. She hosted Project Runway: Junior in 2015. Davis was first professionally billed under her married name in August 2016.