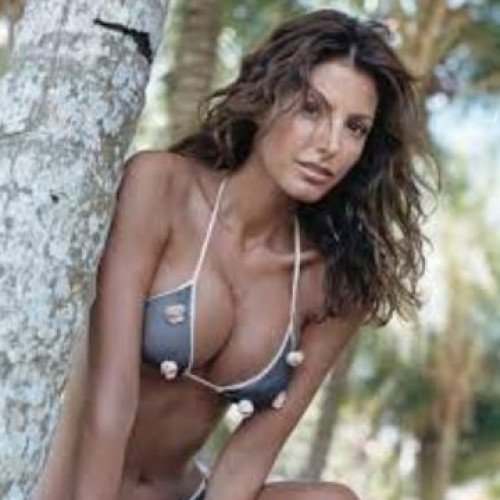 Elsa Benítez Yáñez (born April 11, 1970) is a Mexican model and television presenter, perhaps best known for her appearances in the Sports Illustrated Swimsuit Issue, including her appearance on the cover in 2001. Benítez became a model after winning a modeling contest in Costa Rica in 1995. Her early opportunities were soon marching to local firms in Mexico and later in the United States where she earned more recognition and with it, her move to Europe. In 1996 she obtained one of her best chances when chosen to appear in one of the major fashion magazines: Vogue Italia, once accepted, she was on the cover of the Journal for three consecutive months. After being hired by Elite agency, she began appearing on the cover of many magazines like Vogue, Elle, Glamour, Mademoiselle, Harper's Bazaar and Marie Claire. After appearing on the cover of Vogue from various countries such as Mexico, Greece, Germany, and Marie Claire in several numbers, Benítez received the offer that would launch success and worldwide recognition to any model: US magazine Sports Illustrated. In 1999, Benítez married former basketball player Rony Seikaly. In 2003, they had a daughter named Mila. She divorced him in 2005. She later had a romantic relationship for several months with Mexican businessman Roberto Slim. In February 2007, Benítez started dating producer, Valerio Morabito. Benítez currently resides in Santa Monica, California. In the 2004 swimsuit issue of Sports Illustrated magazine, Elsa Benítez spoke about nearly boarding doomed TWA Flight 800 on July 17, 1996: "I was scheduled to be on TWA Flight 800. I got to the airport and I just had a bad feeling. I started crying, and I couldn't stop. I called my husband and said, "I feel something is going to happen on the flight." He said, "Don't worry." I said, "No, something is going to happen." He told me to wait 10 minutes and if I still had the same feeling, I should change the ticket. I couldn't stop crying, so I bought a ticket for another flight and took off 10 minutes after that flight did. It made me appreciate so much that just being alive is a gift." 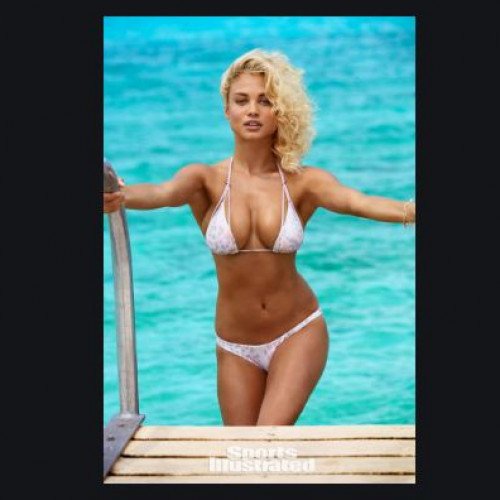 Stephanie Rose Bertram (born 26 October 1994) is a Belgian model. Rose was born in Kortrijk; her father is a Belgian of Scottish descent while her mother is Portuguese, Angolan, and Senegalese descent. Her mother signed her with a modeling agency when she was 13. She was raised in Flanders, the Dutch-speaking part of Belgium, in Deinze. Bertram was cast by the Dominique agency at 16 and attracted notice in a photo-shoot with Juergen Teller for Jambox; she has since appeared in campaigns for H&M, L'Oréal, Hunkemöller, Primark, and Agent Provocateur among others. She moved to the United States at age 18, and signed with Marilyn. She was the subject of photo articles in Oyster, shot by Tyler, the Creator, and in Galore, and modeled for several fashion houses. In 2015, she was the first Belgian model to be featured in promotion for the Sports Illustrated Swimsuit Issue.