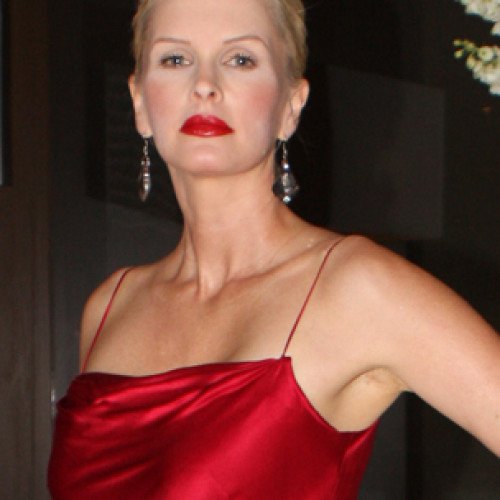 Kylie Bax (born 5 January 1975) is a New Zealand model and actress. She has appeared on international magazine covers, including Vogue and Marie Claire. During her twenties, Bax had supporting roles in action and comedy films. Bax grew up on her parents' horse-breeding farm in Thames, New Zealand. As of 2015, Bax and her estranged husband were embroiled in a contentious divorce. In 2016 and 2017, she publicly supported the election of Donald Trump as President of the United States. Having been a teen beauty queen, Bax was first discovered in a New Zealand shopping mall by an agent from the modelling agency Clyne Model Management. After discovering her marketing abilities as a fashion model, she soon moved to New York to work as a model. Bax became Steven Meisel's protégé. She went on to work with top photographers such as Karl Lagerfeld, Helmut Newton, and Richard Avedon. Once discovered, she became an international modelling success, signing with Women in New York, Marilyn in Paris, and Storm in London. She has appeared on numerous international magazine covers, including Vogue, Marie Claire, Harper's Bazaar & Mode Australia, Maxim, Vanity Fair and ELLE. She has also appeared on more than twenty Vogue covers around the world. In 2000, Bax appeared in the annual Sports Illustrated Swimsuit Issue. She has appeared in advertising campaigns for such products as Club Monaco, Anna Sui, Clinique, Ann Taylor, DKNY, Escada, Gianfranco Ferre, Giorgio Armani, Louis Vuitton, Oscar de la Renta, Sonia Rykiel, Versace, Moschino, Nars, and Valentino. She has appeared on catwalks for high fashion houses such as Moschino, Oscar de la Renta, Chanel, Christian Dior, Christian Lacroix, and Valentino, Glistening Examples, Gucci, Galliano, Donna Karan, Cynthia Rowley, Calvin Klein, Joop, Alexander McQueen, Phillip Treacy, Karl Lagerfeld, Chloe, Ralph Lauren, Prada, King Baby Studios, and Miu Miu. 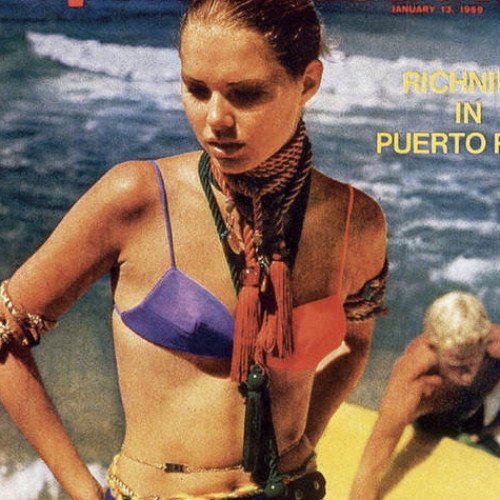 Jamee Guilbert moves with long, studied strides through the Christian Dior boutique in Paris, touching a sleeve here and there, running her fingers along a hemline, peering at price tags. The clerks have no way of knowing that she's not there to buy, for Guilbert looks very much like the typical well-to-do Dior customer. "Whatever you put on Jamee, she looked classy," says SI swimsuit editor Jule Campbell. "You couldn't hide it." What Campbell put on her for SI's 1969 swimsuit cover was a lot of rope necklaces and armbands—"This was 1969, after all," says Campbell—as well as a multicolored suit and skirt. Guilbert looks as good today as she did then, when she was Jamee Becker. She has the same flawless skin, the same graceful figure (she was 5'9" and 120 pounds then, and she's 120 pounds now), the same sparkling blue eyes, the same casual elegance. "Jamee definitely has an upscale look about her," says Bill Weinberg, president of New York City's Wilhelmina Models, the agency that represented her in the States. "Always did, always will." Guilbert glides over to the lingerie department and touches something lacy. She converses with a clerk in French and informs her English-speaking companion that the garment is called a dèshabillè, which translates roughly as "dressing gown." "Now, really," she says, lowering her voice, "could you imagine schlepping scrambled eggs in that?"