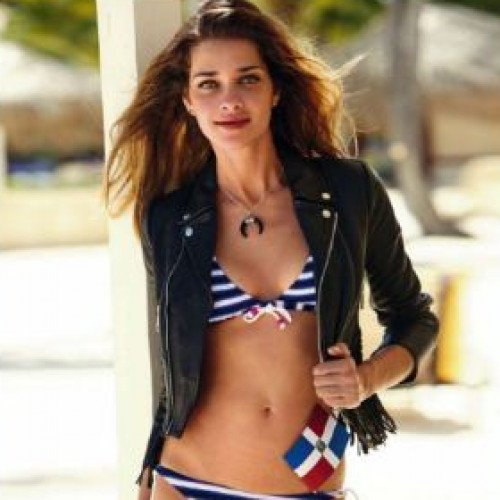 Ana Beatriz Barros El Chiaty (born 29 May 1982) is a Brazilian model, known for her multiple appearances in the Sports Illustrated Swimsuit Issue and for her work with Intimissimi, GUESS, Bebe, Victoria's Secret, Chanel cosmetics, and Jennifer Lopez's JLO fashion line. Barros was born in the town of Itabira, Minas Gerais, Brazil, to Sônia, a housewife, and Reinato Barros, a mechanical engineer. Later, her family moved to Rio de Janeiro, where she spent her childhood. She is of German, Portuguese, Italian and Spanish descent. When she was 13, Barros and her older sister, Patricia, were vacationing in Rio de Janeiro when they were spotted by a representative from Elite Model Management. Barros was encouraged by the Rio Elite office to participate in the Elite Model Look 1996, which she was runner up to Diana Kovalchuk. Barros subsequently competed for international Elite Model Look and placed second worldwide. Elite sent her portfolio and recent Polaroid shots to GUESS? which led her to do the Millennium GUESS? campaign along with her friend and fellow Brazilian model Alessandra Ambrosio. 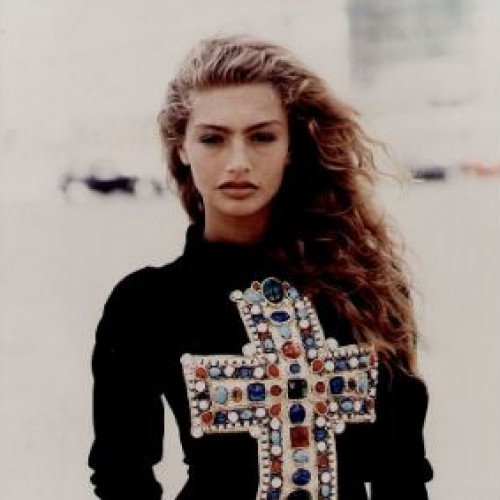 Michaela Bercu (Hebrew: מיכאלה ברקו‎; born 28 February 1970) is an Israeli model and actress. Bercu was born in Tel Aviv, Israel, to Ashkenazi Jewish parents who immigrated to Israel from Romania. She is an only child. Her father Armand (1925-2007) hails from Bucharest, whereas her mother Yehudit from Timișoara. Bercu grew up speaking Hebrew, Romanian, and Hungarian. She also recently acquired Romanian citizenship. She started her career as model at age of 14 when her mother took her to the fashion photographer Menachem Oz. She later signed with Elite Model Management. Bercu is married to businessman Ron Zuckerman. The couple have four children. A cover of Bercu by Peter Lindbergh appeared on the November 1988 American Vogue wearing a bejeweled Christian Lacroix T-shirt and a pair of faded jeans; the shot was done outdoors in natural light. It was Anna Wintour's first cover since taking over as the magazine's editor-in-chief, and was seen as signaling a break from the more formal and posed cover images favored by her predecessor, Grace Mirabella. It was also the first time a model on the cover of Vogue was shown wearing jeans.Bercu was also the first Israeli woman to be featured on the cover of American Vogue. She would later appear on the covers of French, Italian, German, and Australian Vogue, American, British, Spanish, German, and Swedish Elle, Mademoiselle, L'Officiel, Madame Figaro, Glamour, and Cosmopolitan. She was also featured in the 1990 Sports Illustrated Swimsuit Issue. She has appeared in advertising campaigns for Blumarine, DKNY, Joseph, Andrew Marc, Rochas, Laurèl, CP Shades, Lord & Taylor, Bloomingdales, L'Oreal, and Revlon. Bercu also appeared in the American film Bram Stoker's Dracula as one of Dracula's sensuous brides, co-starring Gary Oldman, Winona Ryder, Anthony Hopkins and Keanu Reeves. She briefly retired from modeling in 1996 after marrying but returned in 1999 modeling plus sized clothing. Bercu returned to moderling in 2003 until 2006 and in 2011 bercu started working for products, clothing lines and apps