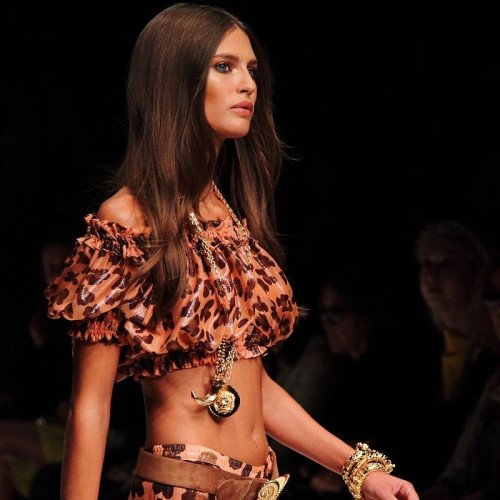 Bianca Balti (born 19 March 1984) is an Italian model. Balti was first booked for the cover of L'Officiel, shot by Alexi Lubomirski. Her first notable advertisement campaign came for Dolce & Gabbana. She has appeared on the covers of many fashion magazines, including Vogue, Harper's Bazaar, W, Cosmopolitan and Marie Claire, as well as men's magazine Playboy. Her campaigns include Roberto Cavalli, Donna Karan, Christian Dior, D&G, Valentino, Armani Jeans, Missoni, Rolex, Guess?, Paco Rabanne, Anna Molinari, Guerlain, Revlon, La Perla, Cesare Paciotti, Mango, and Thierry Mugler. She also appeared in the Victoria's Secret Fashion Show 2005 and in their catalogs. Since the spring/summer 2005 fashion shows, she has appeared shows for designers such as Shiatzy Chen, Karl Lagerfeld, Gianfranco Ferré, Marc Jacobs, Alexander McQueen, Givenchy, Zac Posen, Hermès, John Galliano, Gucci, Fendi, Prada, Valentino, Missoni, Chanel, Christian Dior, Versace, Oscar de la Renta, Narciso Rodriguez, Ralph Lauren, Carolina Herrera and Victoria's Secret. Balti was cast in Abel Ferrara's movie Go Go Tales (2008) as one of the erotic dancers. After the movie and her pregnancy, she returned to the catwalk, became the new face of the Cesare Paciotti international campaign, and replaced Angelina Jolie as one of the faces of the fall St. John campaign, with models Hilary Rhoda and Caroline Winberg She appears in the 2011 Pirelli Calendar photographed by Karl Lagerfeld. In 2011 she features in Francesco Scognamiglio's Spring/Summer 2011 campaign art directed by Akmal Shaukat photographed by Giampaolo Sgura. In 2012 she was chosen as the new face for Dolce & Gabbana together with actress Monica Bellucci. She became the face of their Light Blue fragrance in 2013. She also hosted BeastMasters for Italy. 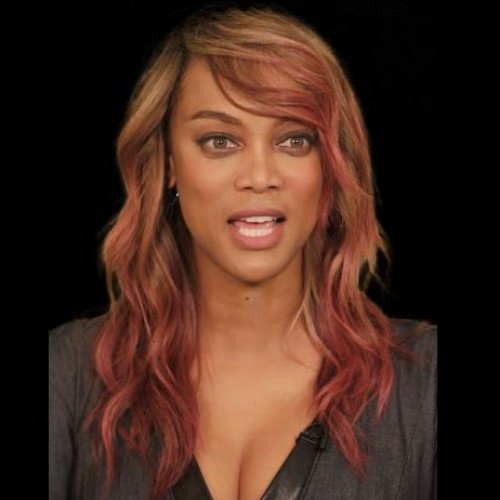 Tyra Lynne Banks (born December 4, 1973), also known as BanX, is an American television personality, model, businesswoman, producer, actress, and writer. Born in Inglewood, California, she began her career as a model at the age of 15, and was the first woman of African-American descent to be featured on the covers of GQ and the Sports Illustrated Swimsuit Issue, on which she appeared three times. She was a Victoria's Secret Angel from 1997 to 2005. By the early 2000s, Banks was one of the world's top-earning models. Banks began acting on television in 1993 on the sitcom The Fresh Prince of Bel-Air, and made her film debut in the drama Higher Learning in 1995. In 2000, she had major film roles, such as Eve in Disney Channel's Life-Size and Zoe in the box-office hit Coyote Ugly. Banks had small roles in the romantic sports film Love & Basketball (2000) and the horror film Halloween: Resurrection (2002), and later appeared in the television series Gossip Girl (2009) and Glee (2013). In 2003, Banks created and began presenting the long-running reality television series America's Next Top Model, which she executive produced and presented for the first twenty-two seasons, until the series' cancellation in October 2015. She remained executive producer for the revival of the series in 2016 and enlisted Rita Ora as host for the twenty-third cycle before reassuming the duties herself for the twenty-fourth cycle. Banks was the co-creator of True Beauty (2009–2010), and had her own television talk show, The Tyra Banks Show (2005–2010), which aired on The CW for five seasons and won two Daytime Emmy awards for Outstanding Talk Show Informative. In 2015, she co-hosted the talk show FABLife for two months. In 2017, Banks replaced Nick Cannon as host of America's Got Talent for its 12th season. In 2020, she replaced Tom Bergeron as host of Dancing with the Stars for its 29th season. In 2010, Banks published a young adult novel titled Modelland, based on her life as a model, which topped The New York Times Best Seller list in 2011. Banks is one of four African Americans and seven women to have repeatedly been ranked among the world's most influential people by Time magazine. She is also one of only seventeen models to be ranked as a Legendary Supermodel by MODELS.com.