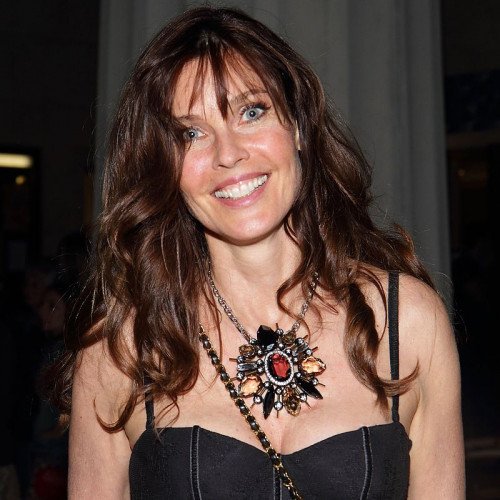 Carol Ann Alt (born December 1, 1960) is an American model and actress. Alt was born in Flushing, Queens, New York, the daughter of Muriel, an airline employee and model, and Anthony Alt, a fire chief in the Bronx. She was noticed waiting tables in East Williston, Long Island, and decided at age 18 to give modeling a try as a summer job to save money for college. She has two sisters, Karen and Christian, and a brother Anthony Alt (1955-2005). Alt's maternal grandparents were German immigrants, while her paternal grandmother was Irish. Alt's first big break in modeling was in 1979, when she was featured on the cover of Harper's Bazaar magazine, but garnered publicity in 1982 when she was featured on the cover of the Sports Illustrated Swimsuit Issue. During the 1980s she appeared on over 500 magazine covers, becoming one of the most famous models of her era, attaining supermodel status. Alt graced the covers of Vogue, Vogue Paris, Vogue Italia, Vogue UK, Mademoiselle, Elle and Cosmopolitan. She was referred to as The Face by Life Magazine. During the height of her popularity, she was the face of ad campaigns for Diet Pepsi, General Motors, Cover Girl Cosmetics, Noxzema, Hanes, Givenchy and numerous others. She was the first model to produce her own posters and calendars. 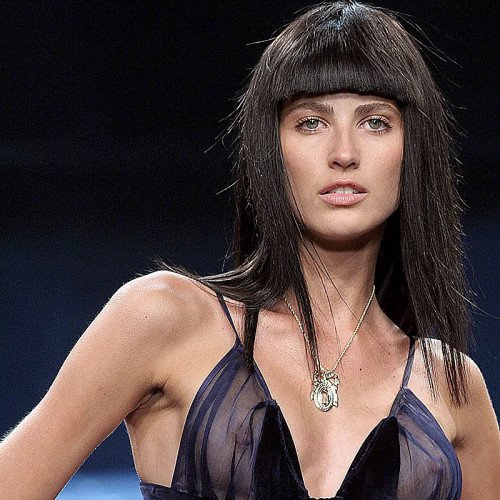 Michelle Kristine da Silva Alves (born September 19, 1978) is a Brazilian model. She was born in Londrina, Paraná, Brazil, as the daughter of a lawyer (mother) and an engineer (father). Alves was a student in civil engineering at Brazil's Londrina State University prior to moving to São Paulo, where she pursued modeling. She describes herself as "always a good student" and "Almost a nerd." She is also a polyglot, fluent in Portuguese, Italian, French and English. Alves is currently living in Los Angeles, California. She was featured in the 2002 and 2003 editions of the Sports Illustrated Swimsuit Issue, appeared in two editions of the Victoria's Secret Fashion Show, and was also featured in their catalogs and their book celebrating the company's 10th anniversary, entitled Sexy. Alves has signed contracts with Valentino, Christian Dior, Escada, Ralph Lauren, Missoni, Miss Sixty, Michael Kors, GAP, Emporio Armani, Michael Kors Swimwear, AKRIS and holds a deal with Yves Saint Laurent for their fragrance Cinéma's campaign. She has worked with photographers such as Steven Meisel, Patrick Demarchelier, Bruce Weber, Gilles Bensimon, Mario Sorrenti, Nick Knight, Steven Klein, Phil Poynter, Walter Chin, Inez van Lamsweerde and Vinoodh Matadin and Richard Avedon. Alves was featured on more than 100 covers of major fashion magazines, including international editions of Vogue, Elle, Marie Claire, French, Esquire, L'Officiel, Harper's Bazaar, Amica and Glamour.