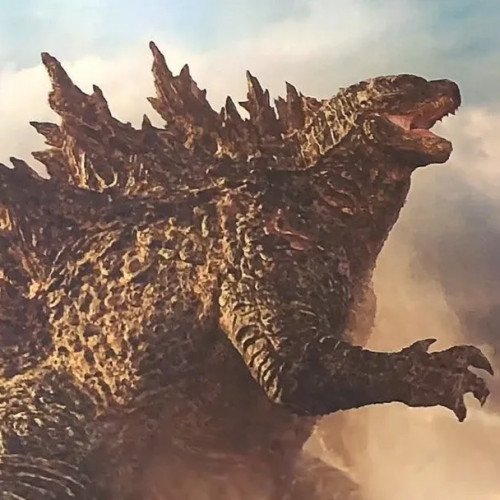 Godzilla (Japanese: ゴジラ, Hepburn: Gojira, /ɡɒdˈzɪlə/; [ɡoꜜdʑiɾa] (About this soundlisten)) is a fictional monster, or kaiju, originating from a series of Japanese films. The character first appeared in the 1954 film Godzilla and became a worldwide pop culture icon, appearing in various media, including 32 films produced by Toho, four Hollywood films and numerous video games, novels, comic books and television shows. Godzilla has been dubbed the "King of the Monsters", a phrase first used in Godzilla, King of the Monsters! (1956), the Americanized version of the original film. Godzilla is an enormous, destructive, prehistoric sea monster awakened and empowered by nuclear radiation. With the nuclear bombings of Hiroshima and Nagasaki and the Lucky Dragon 5 incident still fresh in the Japanese consciousness, Godzilla was conceived as a metaphor for nuclear weapons. Others have suggested that Godzilla is a metaphor for the United States, a giant beast woken from its slumber which then takes terrible vengeance on Japan. As the film series expanded, some stories took on less serious undertones, portraying Godzilla as an antihero, or a lesser threat who defends humanity. Later films address themes including Japan's forgetfulness over its imperial past,[31] natural disasters and the human condition.[32] Godzilla has featured alongside many supporting characters. It has faced human opponents such as the JSDF, or other monsters, including King Ghidorah, Mechagodzilla and Gigan. Godzilla sometimes has allies, such as Rodan, Mothra and Anguirus, and offspring, such as Minilla and Godzilla Junior. Godzilla has also fought characters from other franchises in crossover media, such as the RKO Pictures/Universal Studios movie monster King Kong, as well as various Marvel Comics characters, including S.H.I.E.L.D., the Fantastic Four and the Avengers. 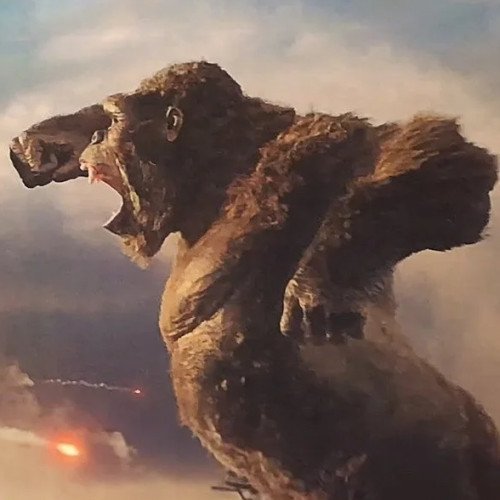 King Kong is a film monster, resembling an enormous gorilla-like ape, that has appeared in various media since 1933. He has been dubbed The Eighth Wonder of the World, a phrase commonly used within the films. The character first appeared in the novelization of the 1933 film King Kong from RKO Pictures, with the film premiering a little over two months later. The film received universal acclaim upon its initial release and re-releases. A sequel quickly followed that same year with The Son of Kong, featuring Little Kong. In the 1960s, Toho produced King Kong vs. Godzilla (1962), pitting a larger and more powerful Kong against Toho's own Godzilla, and King Kong Escapes (1967), a spin-off loosely based on The King Kong Show (1966–1969) from Rankin/Bass Productions. In 1976, Dino De Laurentiis produced a modern remake of the original film directed by John Guillermin. A sequel, King Kong Lives, followed a decade later featuring a Lady Kong. Another remake of the original, this time set in 1933, was released in 2005 from filmmaker Peter Jackson. The most recent film, Kong: Skull Island (2017), set in 1973, is part of Legendary Entertainment's MonsterVerse, which began with Legendary's reboot of Godzilla in 2014. A sequel, Godzilla vs. Kong, once again pitting the characters against one another, was released in March 2021. The character of King Kong has become one of the world's most famous movie icons, having inspired a number of sequels, remakes, spin-offs, imitators, parodies, cartoons, books, comics, video games, theme park rides, and a stage play. His role in the different narratives varies, ranging from a rampaging monster to a tragic antihero.