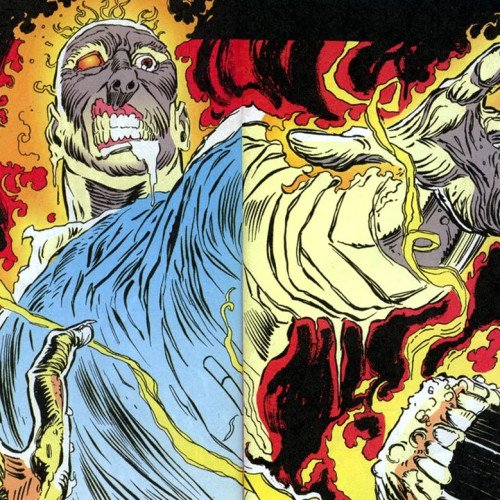 While vacation to Boston, Massachusetts, Adam Casim and his family were attacked by Shiv, who killed Casim's wife and son. Casim attacked Shiv setting the car ablaze with a flare -- as well as himself. Still on fire he kept attacking Shiv but after the Nightstalkers incapacitated Shiv did Casim collapse. However, the occult energies from Shiv had had their effect on Adam. Casim was taken to a Massachusetts General hospital, where he was visited by a sympathetic Punisher while he laid in a nearly comatose state. Castle told him that he knew what he was going through and that while he'd never get back what he'd lost, he'd live with himself by making the thing that wronged you pay. Unbeknownst to Castle, Casim heard his words and was inspired. What had wronged him was the occult.[1] Escaping from the hospital, Casim attacked and killed a group of orderlies for their mystical (superstition) beliefs, leaving behind only the man who had scoffed at their fears. He then confronted Verna Mae, a psychic reader, and incinerated her as well. Continuing his mission he eventually made contact with Shiv, who had come to Magickal Brew in search of a black market baby for his rituals. Both Shiv and Casim were tracked by the Nightstalkers and the Punisher, who found them at Magickal Brew. Casim confronted Shiv, who had lost his powers as a result of an energy blast from Frank Drake's gun Linda. Casim attacked the helpless Shiv, but was told to stand down by Castle because Shiv was a killer, and that made him the Punisher's to kill. Meanwhile, the Nightstalkers had vowed to destroy anything supernatural and threatened to slay Casim. Casim slew Shiv and then Drake and Castle and Linda fired at Casim killing him. 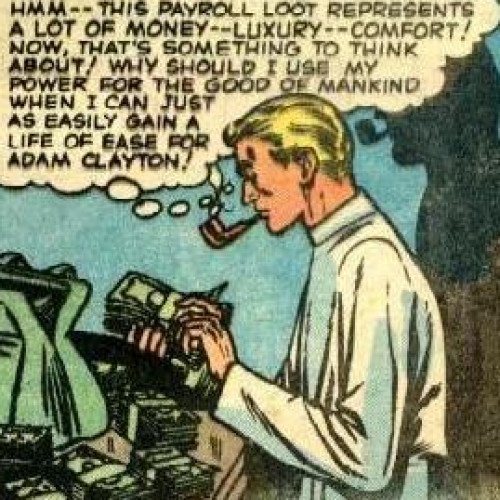 Adam Clayton was a scientist that used his self-created Vibra-Light device to bombard himself with vibrating light molecules and speed up the molecules of his own body. This granted him the ability to run at speeds so high he is undetectable to the human eye, thus granting him the title of Invisible Man. However using these powers also greatly enhanced his aging process, causing him to age forty years in just a matter of days. [1] At some unknown point Clayton passed away. Superhuman Speed: The ability to run at speeds so fast he cannot be seen by the human eye.