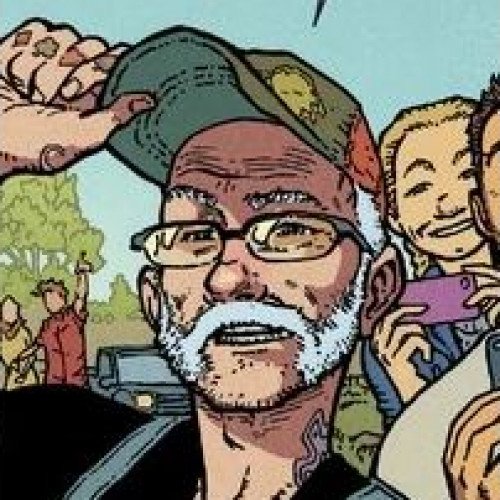 Adam Aziz was a mechanic that lived in Broxton, Oklahoma almost his entire life. He once spent nine years in federal prison for aggravated assault and armed robbery. He ran an auto shop and fixed cars for people who couldn't afford to have their cars fixed.[1] One day, the magic hammer Mjolnir landed near his shop. When Adam went to investigate, he discovered Tony Stark's phone number engraved on the hammer. So, Adam called Tony about the hammer, and Tony arrived soon after. While Tony talked to a crowd of onlookers, Adam told Tony that the inscription on Mjolnir had changed to "Pick it up." Out of safety concerns, Tony set up a force field around Mjolnir. However, Adam was within the force field. Ignoring warnings from Tony to not touch Mjolnir, Adam touched it and was transformed into a being similar to Thor.[1] Thor appeared later to collect Mjolnir from Adam, but was interrupted by Tony. Then it was revealed the magic of Odin on it was broken so that, like Adam, anyone could wield it despite their worthiness. After a brief conversation with Iron Man, Adam made a wish to Thor to fly in the sky like a bird, like he always saw them fly. Thor granted it and then Adam returned to normal by slamming Mjolnir hard on the ground. Before going, he advised Thor that most things can be repaired by turning them off and on, and if that didn't work, then hammer it until it's fixed. 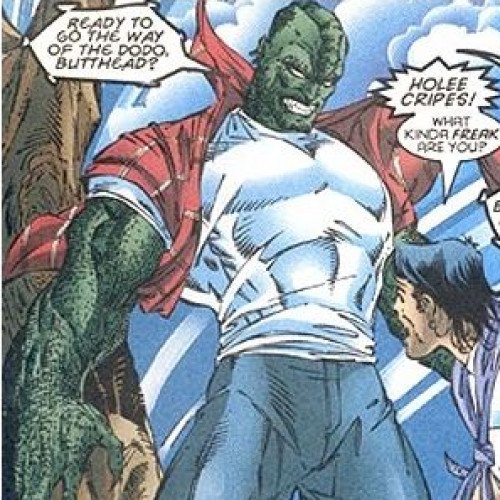 Adam Berman was a brilliant student at Newton North High School. He applied for a position at Xavier's School for Gifted Youngsters without informing the headmasters that he was, in fact, a mutant himself, afraid he would receive the treatment other public mutants received. Berman admired the great scientists and hoped that given the right opportunity he might make a name for himself. However, the headmasters, Banshee and Emma Frost. chose Berman's longtime academic rival Ginny Mahoney instead. Simultaneously, Berman had also been noticed by Bastion, leader of Operation: Zero Tolerance, an organization dedicated to the eradication of mutantkind. Bastion converted Mahoney into a Prime Sentinel, and charged her with the mission to infiltrate Xavier's School and publicly destroy Berman. Mahoney witnessed Berman using his power on local bully Jocko Wilkins to frighten him away, and began to make romantic overtures towards Berman in order to obtain a saliva sample from his mouth, so naturally she kissed him. Determined to convince Banshee to let him into Xavier's School, Berman met with him at the shool, but Emma Frost used her telepathic powers to activate his own abilities. Berman scrapped with Banshee before realizing that he was a mutant as well, then fled. The next day, Banshee gave a lecture at Berman's school, just as Mahoney made her assault upon Berman. Using the sample she had obtained earlier, she activated his powers, causing him to run amok. She then stepped into the fray in Prime Sentinel mode, claiming to be "protecting" bystanders from "the mutant menace". Banshee and Berman fought Mahoney, and in the midst of the battle, Berman observed that the only person injuring bystanders was Mahoney herself, the true antagonist. Faced with this fact, Mahoney returned to normal, kissed Berman one last time, then fled the scene.