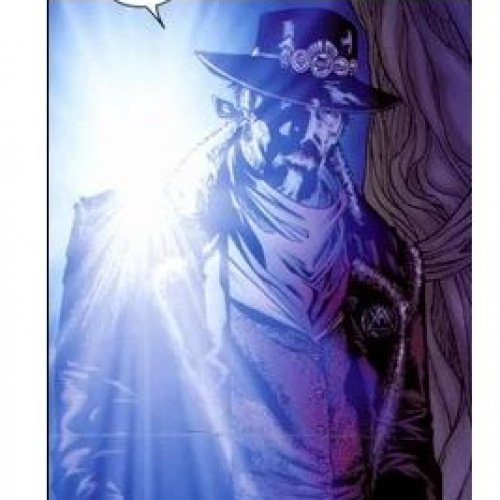 Adam was the First Man of Biblical Legend, created by the Creator from dust from the earth the sixth day of the creation. God had created Man with power over fish, birds, cattle and everything that crept upon Earth. He then saw that he needed a helpmate so He created Eve, and placed them in the Garden of Eden.[1] He at one point lived in peace, but one day was convinced by Eve (herself tricked by the Serpent) to eat the fruit of the Tree of Knowledge of Good and Evil. Feeling ashamed of what they had done, and covering themselves, they were found by God who condemned mankind to pain and sorrow. He dressed them of coats of skin, expelled them from Eden, and placed a flaming sword to guard the Tree of Life.[1] Ashamed and driven to madness because of his guilt as the accidental creator of sin, Adam devoted himself to one day eradicating sin from mankind at the cost of turning them into mindless drones. To that end, Adam took in orphaned children and trained them within a Nicaraguan temple to be the host of the Ghost Rider. 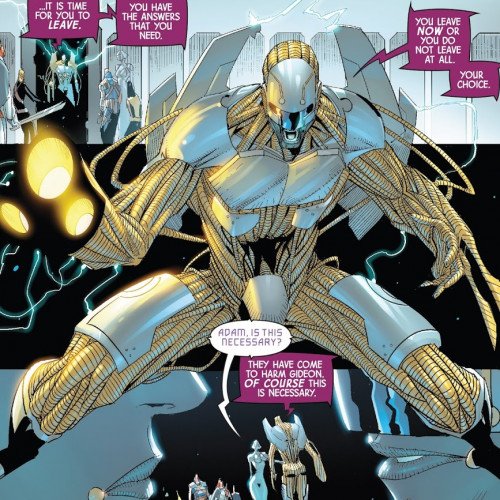 Unlike Eve it is unknown if Adam was ever human or a Life Model Decoy. Adam first came to notice as Gideon's personal assistant, organizing his daily agenda and training sessions.[1] Adam was the one that planned Eve as Emmanuel Da Costa personal assistant, and gave her the go ahead to kill Emmanuel on Gideon's orders.[1] He was even there at Gideon's Ophrah Industries office in Denver, to introduce Sunspot, who came after Gideon told him of his father's death.[2] Adam, later had his consciousness programmed in his current vessel's AI, an intensely expensive robot designed as a security measure, to protect Gideon while his body remained in stasis. He became active when a threat to Gideon was perceived after Doop tapped on the stasis pod, Eve tried to calm the situation down until another Gideon appeared. When Cable struck this Gideon, Adam's programming tookover and he ran to attack, but had this body destroyed by X-23. Eve took Adam's severed head as this uncaring Gideon threw it aside, she left the room with him and X-Force to their doom, Eve brought Adam's head with her.