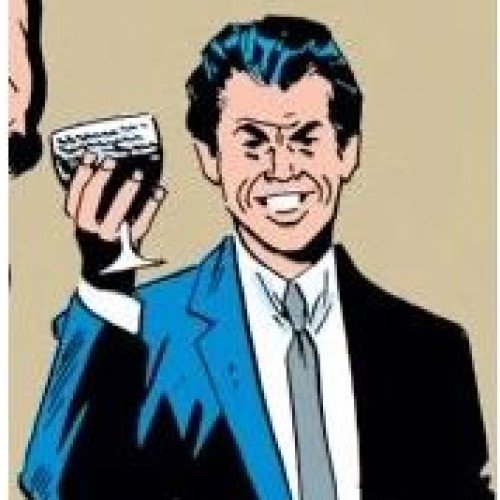 The communist general known as the Red Barbarian had been unsuccessful in obtaining the plans for a Disintegrator weapon under construction at Stark Industries. The Actor appeared, posing as Nikita Khrushchev, throwing the Barbarian off guard, but then revealed himself and offered his aid. The Actor further demonstrated his skill in disguise and impersonation, and the Barbarian sent him to replace Tony Stark himself, to gain the plans. The Actor traveled to the Unites States, and, disguised as Stark, easily entered Stark Industries. There he succeeded in not only obtaining the plans, but in discovering the fact that Stark himself was Iron Man. The Actor decided to keep the identity a secret in case he ever needed an ace in the hole to redeem some blunder. The Actor returned to the USSR and left his agents to terminate the real Tony Stark, who had been sent away on a false meeting. Stark, as Iron Man, overcame the Actor's agents, and forced them to reveal their actions and plans. Iron Man caught up with the Actor by using a rocket to arrive in the USSR minutes before him. Iron Man ambushed his car, and retook the plans for the Disintegrator. Iron Man then traveled to the Red Barbarian's base, posing as the Actor. Iron Man told the Barbarian that the briefcase was booby-trapped and couldn't be opened for another four hours, and then left, returning to the USA. The real Actor returned to the Red Barbarian, hoping his news of Iron Man's real identity would allow him to be forgiven for failing to gain the plans to the weapon. However, the Red Barbarian saw that the Actor didn't have the plans, and when the Actor said he nothing about the time locked brief case, the Red Barbarian refused to believe the Actor and had him shot as a traitor. 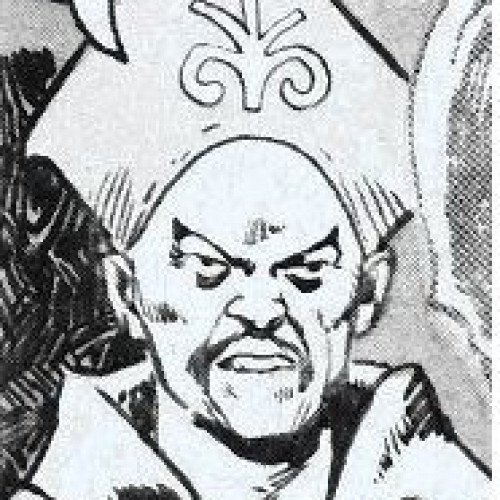 Aculdi killed his brother the King Akaman and usurped the throne of the Himalayan kingdom of Nel-Ireso taking Akaman's wife as queen. When Shanna went to the Himalayan mountains to hunt for Raga-Shah, he came across an attempted attack on the heir to the legitimate throne of Nel-Ireso, Akaman's son, Prince Telmah and rescued him. Soon after, he accompanied Telmah to Nel-Ireso after learning that Raga-Shah was there as Aculdi's guest. Attempting to enter Nel-Ireso through passages known by Telmah but there they were ambushed and captured. Refusing to submit to the kingdom of Aculdi, Telmah and Shanna were led to the gallows but as they were about to be executed Shanna managed to free herself and despite Aculdi's attempt to kill them by spilling molten lava on the execution site, Shanna with a lightning move threw a sword to Aculdi by piercing him and the queen by killing them.