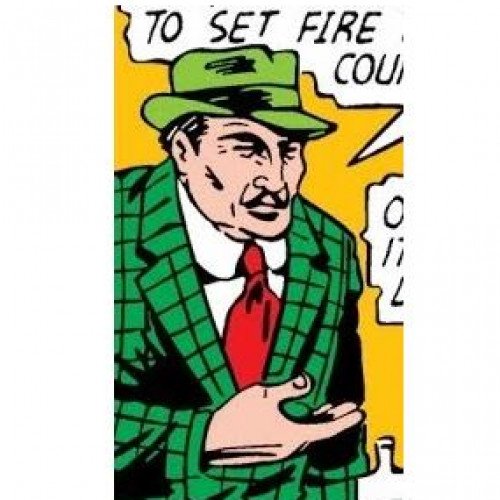 Baldwin Drake was the owner of the Drake Lumber Company. After losing a government bid to purchase the Burton County forest to Borden Lumber Co, he would hire criminals to set the forest on fire. Unfortunately for Baldwin, John Borden -- owner of Borden Lumber -- was an old colleague of Professor Philo Zog, inventor of the Electro robot. After setting the blaze, Drake would be angered to see the robot attempting to put out the flames. He would send his thugs to shoot Borden and capture Zog, tossing the scientist into the inferno. Borden would survive the attack and use Electro to save Zog, and both men would put out the blaze and send Electro to capture Drake. Drake and his men would fortify his lumber mill, but it's defenses would be incapable of stopping the robot who would easily capture them as they attempted to escape in a getaway car. Baldwin Drake has 2 other Timely Comics counterparts:Oldman Corvan(rival lumberer) Captain America Comics#12(3/42)"Timber!"[[1]] and Jeff Cramer(rival lumberer in Terry Vance story). 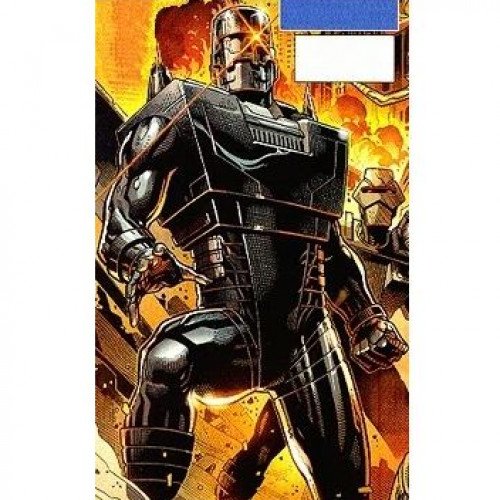 Balin is a Galadorian, the first born son of Rom and Brandy Clark of Earth and wields the armor of Terminator. He was the presumed heir of the mantle of Prime Director of Galador after the disappearance and apparent death of his father. However, when he presented himself to his father's sentient weapon Axadar, he was rejected because of his innate anger.[1] Afterward, Balin would lead the Spaceknights to the planet Trion to quell the rebellion there. The mission was initially very successful but ended in disaster with the death of Lightningbolt at the hands of the new enemy Wraithknights. Balin's anger would soon cause an incident with the Galadorian Vanguard and he disobeyed orders to stand down confronting the enemy and their leader the Supreme Wraithknight. The squad would be saved when Axadar miraculously appeared and bonded to Balin's brother Tristan who then used Galador's greatest weapon to slay a monstrous Deathwing.