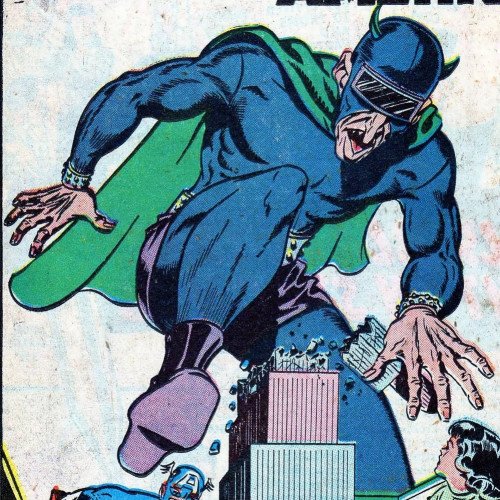 The man known as the Acrobat was an acrobat at a local New York fair during the 1940s. He learned that the fair was having a "City of the Future" model building competition that offered a grand prize of ten thousand dollars. The Acrobat built a model he called the "City of the 1960s" and put it on display. Fearing competition, the Acrobat sought to sabotage the model constructed by the students of the Lee School presented by Betsy Ross, leading to clash with Captain America and Bucky who were guests of the fair. The Acrobat fled from Captain America and got away at his own acrobatics show through a trap door in the water tank he dove into. His second attempt at sabotage led to yet another chase, in which the Acrobat managed to lose the heroes in the nearby House of Mirrors. When the awards were about to be announced, the Acrobat stole a race car and kidnapped the judge and the prize money, however this time Captain America and Bucky were able to stop him. The Acrobat was unmasked and turned over to the authorities and the prize money was awarded to the Lee School. 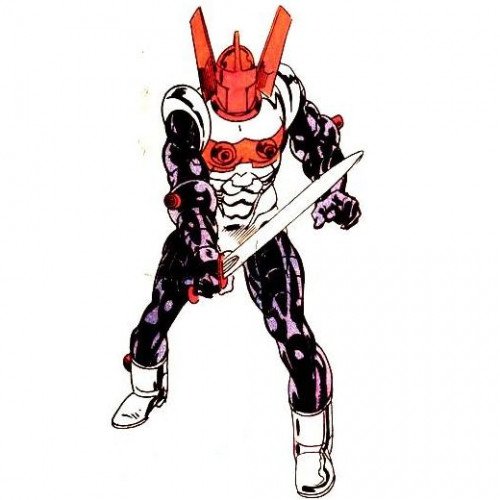 Acroyear was crown prince of the ebony-skinned race whose name he bore. A comet blazed over the skies of Spartak when Acroyear was born, indicating his significance as a future king to his people. [1] For a time, Acroyear's people served Karza under the mind control of Shaitan, Acroyear's traitorous, albino brother.[2] Acroyear was imprisoned by Karza to fight in the Body Pits, but was freed by Arcturus Rann and his allies, joining the Micronauts.[3] To help defeat Baron Karza, Acroyear sacrificed the Worldmind of his home planet Spartak, thus rendering it incapable of supporting life. For this, he was branded a traitor and cast out by his people while his bonded mate Cilicia ruled as regent. [4] Acroyear vowed to redeem himself and continued traveling with the Micronauts, most of whom are also outcasts. He eventually sacrificed his life essence to engineer the rebirth of homeworld, along with the other Micronauts.[5] Although several of his fellow Micronauts resurfaced after their apparent sacrifice[6], Acroyear's survival remains a matter of debate (see Notes).