A long time ally of Thor, Balder the Brave is one of Asgard's most noble and respected warriors. He also tries, unsuccessfully, to persuade Thor to return to Asgard during the Odinsleep.[1] When Thor came back home, Thor had taken Odin and Balder to Nidavellir only to realize it had been burnt to the ground with no signs of Eitri the Dwarf. After traveling to Muspelheim, they had realized the horrible truth that the Twilight Sword was gone and that Surtur had returned.[2] Later, when Beta Ray Bill had been accidentally summoned to Asgard, Balder was one of the warriors who attempted to fight him off to no avail. Seemingly those of Balder Odinson (Earth-616)#Powers. Voiced by Nolan North in the main series, but voiced by Michael Adamthwaite in Hulk Vs. 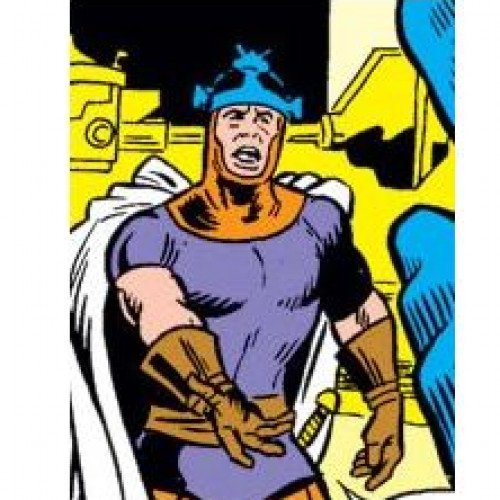 Balder shared a similar history to his Earth-616 counterpart until Jane Foster was given the powers of a god to see if she could join Thor on Asgard and Odin deemed her unfit and attempted to send her back to Earth. Thor and the Avengers returned to Asgard and began to set out to go to war against Odin and his troops. Balder was forced to swear loyalty to Loki and in the ensuing battle, fought Captain America and nearly killed him, but was stopped by Scarlet Witch. Search this site for: Balder Odinson · Balder Odinson (Earth-81225).