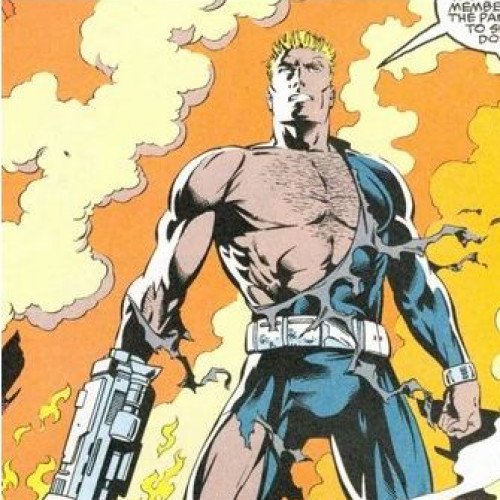 Helmut was a descendant of Agamemnon, born in Germany in 1909. He married and had a son, two daughters and a wife. Jews, Helmut and his family were captured by the Nazis, and sent to the camp of Dachau. When they tried to tattoo Helmut, the needle broke. Helmut's wife and three children were gassed. Achilles, himself gassed, realized he was immortal and was thrown into a mass grave containing the corpses of the other victims of the camp. Agamemnon recruited Helmut to serve as an operative for the Pantheon near the end of World War II while Agamemnon was on one of his hiatuses from the Pantheon which he usually takes every 50 years or so. Helmut took the name Achilles due to his powers, Helmut became a member of the Pantheon's elite fighting team, often participating in field missions. Achilles was the one who recruited Walter Charles into the Pantheon becoming his mentor. Agamemnon had ordered Jason to murder the original Ulysses. Achilles took the job instead and arranged for Ulysses and Walter Charles to find Paris during the Watts Riots in 1959. Achilles used a Pantheon weapon to kill Ulysses. Achilles then ensured that Walter would take Ulysses' codename and place within the Pantheon. [1] Achilles resented Agamemnon inviting the Hulk to join the Pantheon. Achilles' weakness turned out to be low-level gamma rays. Achilles began a romance with fellow Pantheon member Atalanta. Paris ensured that Achilles and Atalanta would be caught by the mentally disabled Ajax who had feelings for Atalanta. 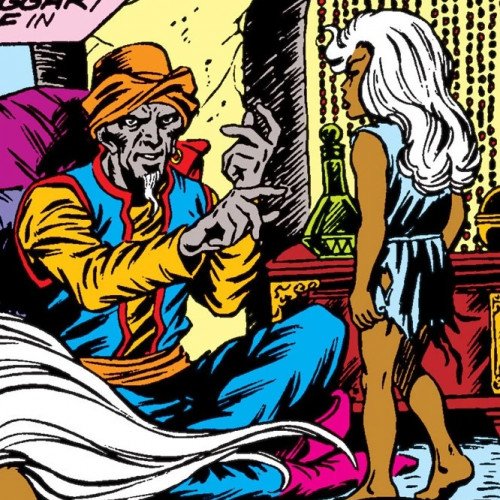 Achmed El Gibár was master thief of Cairo. [1] He adopted young Storm after her parents died in a plane crash. He trained her to be able to open any lock. When Ororo stole the Heart of Candra jewel, El-Gibar took it from her for safe keeping, though he returned it to her when she left Cairo. After El-Gibár died Karima became leader of the thieves.