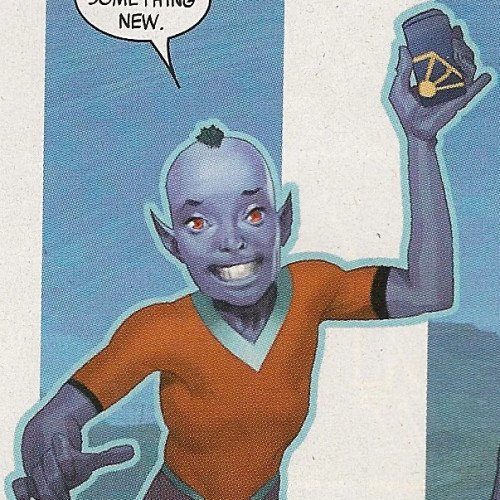 Achak was among the Atlanteans that settled in New Atlantis which exists beneath the mutant refuge known as Utopia. Achak possesses the conventional attributes of Homo mermanus: gills that extract oxygen from water, superhuman physiology to withstand extreme pressures and temperatures, and acute vision. He can swim at approximately 30 miles per hour. He can remain out of water for approximately nine minutes before beginning to suffocate. However, he can operate on the surface by wearing a water-filled helmet or using a chemical that enables him to draw oxygen from the air. 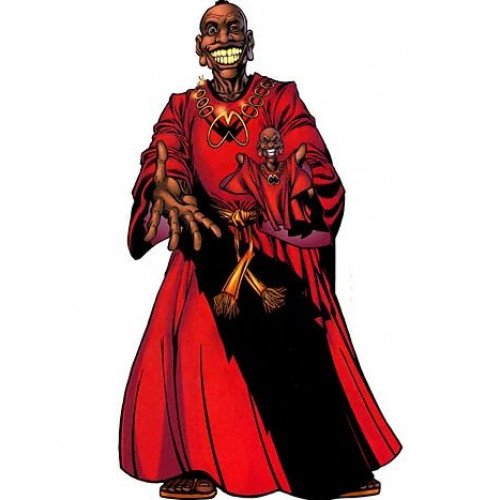 It has been suggested that the man now known as Achebe was once an unnamed peasant farmer, living with his family in the small African country of Ghudaza. One day, rebel guerrillas from the neighboring country of Ujanka were forced over the border onto Bob's farm. Achebe helped to nurse the fighters back to health, but his wife fell in love with the rebels' leader. The guerrillas took his wife with them when they left, leaving Achebe for dead after stabbing him 32 times and his farm razed to the ground. Achebe was driven insane with hatred, and he offered his soul to make a deal with the Devil. He then proceeded to track down anyone associated with his wife and the rebels, killing each one by stabbing them 32 times and razing their livelihoods to the ground.[1] It is known that Achebe attended Yale University, acquiring multiple degrees. He then returned to Ghudaza and, by allying with certain factions of United States intelligence, the Russian mob, and the members of the Volcan Domuyan Secret Service, helped to erupt the country into ethnic wars that forced thousands of refugees into Wakanda.[2] Achebe placed himself in a refugee camp that emigrated to the African nation of Wakanda, ruled by the hero Black Panther.[1] At the time, the Black Panther was embroiled in an investigation involving an extensive scandal caused by Achebe with a non-profit community services organization supported by Wakanda. The investigation grew problematic, requiring the Black Panther to stay in the U.S. for some time.