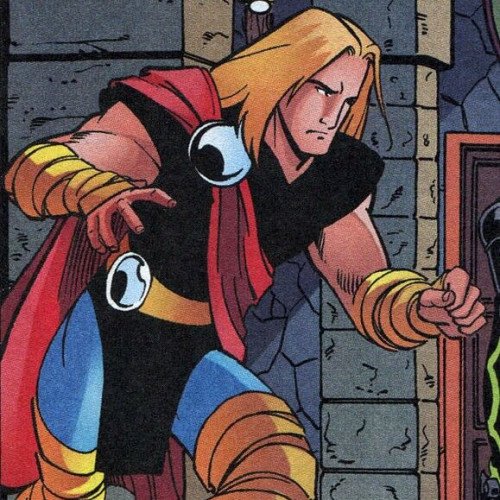 Balder Blake is the son of Thor and the Enchantress. On his eighteenth birthday, Blake made his third annual attempt to lift his father's hammer, Mjolnir, from its memorial, which was placed to mark the end of the Secret Wars. Even though he was still unworthy, his friends Crusader (Sarah Rogers), Mustang (CJ), Matthew (Firefly) and Torrent (Kendall Logan) were still supportive of his efforts.[1] While he and his friends helped to thwart his half-brother, Malefactor (Vincent von Doom) from his attempt to return to and conquer the original Earth, they found out that Crusader was worthy to wield Mjolnir. She was reluctant to, in deference to Blake's feelings about not being worthy himself, but she had to in order attempt the trip back to the original Earth, which was now possible due to the return of the self-exiled Hulk, and his new invention, which was based on the used of Mjolnir's dimensional portal opening abilities. The kids did not get back to the original Earth on that trip; instead they found an Earth that was swarming with Sentinels. After they destroyed one of them, the decided to remain there and free that world as Avengers. 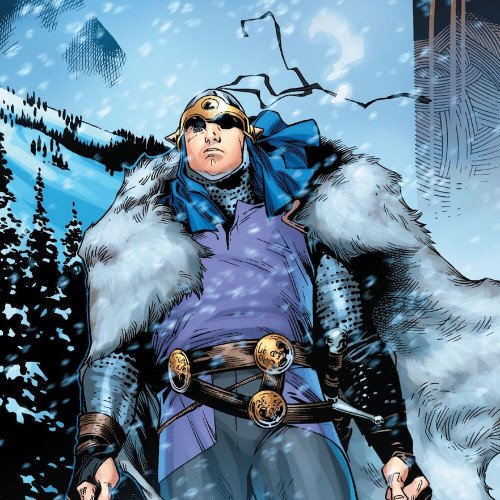 For ASGAAAARD! Fall ye back ---- before the blade of Balder! Balder the Brave was one of the Asgardians, an extra-dimensional race of beings once worshiped by the Vikings and Germans, as well as half-brother and close friend to Thor. Due to prophecies that Balder's death would help trigger the coming of Ragnarok, the destruction of Asgard and its inhabitants, Odin, ruler of Asgard, commanded his wife Frigga to make Balder invulnerable to harm.[citation needed] Before he allowed her to cast the spells, however, he accused Balder of treason, because during a battle with the Storm Giants, he had deserted the fight to put a bird who had fallen from its nest, back with its mother. Odin ordered his brothers Tyr and Honir to shoot arrows and throw lances at Balder, but the projectiles were stopped by an eagle and a plant. Seeing that Balder did not flinch, Odin was content that Balder was the bravest in all of Asgard and decided to grant him the invulnerability. Frigga cast spells that would protect Balder from harm by any living or inanimate thing while he was in the Asgardian dimension; however, Balder remained vulnerable to mistletoe. Loki, the god of mischief, learned of the prophecies and vulnerability,[8] and tricked the blind god Hoder into firing an arrow tipped with mistletoe wood at Balder.