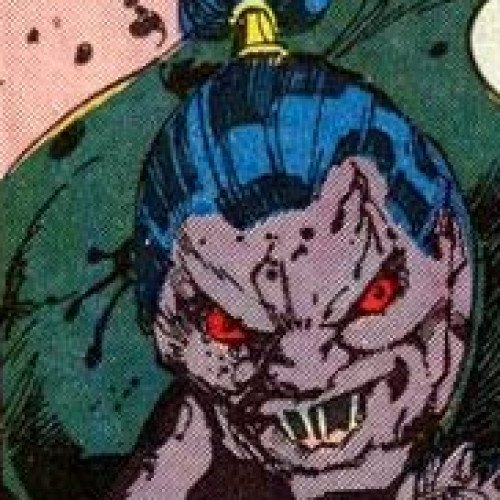 Bahkt was an old ally of Conan, turned enemy deranged by indulging in the potentially deadly drug Black Lotus. Leader of a bandit gang in Koth, Bahkt kidnapped Kobe and lured the Cimmerian into his forest hideout. As a freak sunburst abruptly occured in the middle of the night while they were battling, Bahkt escaped and Conan's second in command Shapur rescued Kobe.[1] Bahkt was then approached by the Devourer of Souls, who gave him the power to consume the souls of men.[2] Bahkt then began looking for Conan to steal his soul and fought Anneka, Kaleb and Kobe, until he kidnapped Red Sonja to lure the Cimmerian.[3] After having captured and abused the Hyrkanian warrior, Bakht left Sonja to be discovered by Conan's agents and returned to the Devourer of Souls, demanding more souls. With demonic power and the strength of ten man, Bahkt lured and attacked Conan in the Forest of the Eternal Verities, but he was eventually killed by the Cimmerian. 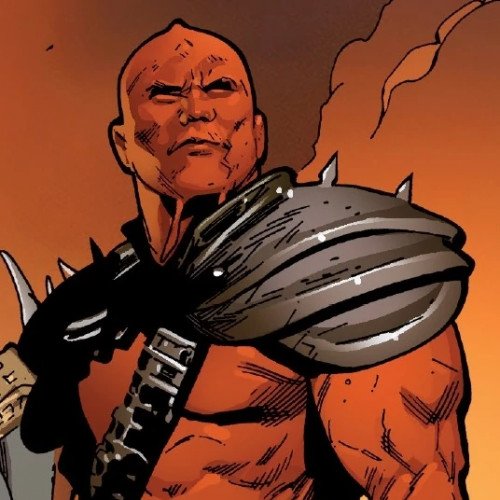 Bahng was a Fillian from Sakaar, and leader of the Doka'abi Clan. Once other tribes were united under the Warlord's rule, the Doka'abi Clan was chased into the desert. When the Warlord's forces demanded the Doka'abi Clan to run the Gauntlet, a challenge for survival, Bahng's clan attempted to contact the Hulk for help so he could represent his clan as their champion. Their call for help was heeded by Amadeus Cho, the successor of the late Bruce Banner.[1] During the Gauntlet's second trial, the Hulk fought a robot that was using Doka'abi ally Elder Sharn and her two sons as a human shield. Bahng decided to jump into the arena floor to confront the Warlord, since he feared the Hulk was going to forfeit to spare Sharn and her sons, an act that would result in the Doka'abi Clan losing the Gauntlet, and he wanted die to fighting if the time for his people was to come. A guard warned Bahn that he had to return behind the arena's gate since only one champion was allowed at a time, but Bahng didn't heed his warning since the Hulk subsequently defeated the robot. While he was celebrating the Hulk's victory, Bahng was shot down by the guards.