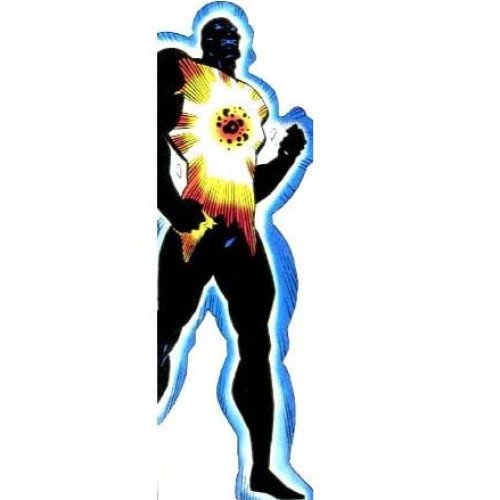 Abysss was a mystically-powered para-demon able to obliterate entire realities while traveling between them. Entering Earth-616 following the destruction of such a universe, he created the Soul Slug, which could siphon souls from others, for the purpose of removing the soul of Argon from Death Metal. He enjoyed the negative existence of the Void, and loathed "foul matter" of any kind.[1] The revelation that Death held Argon's consciousness sidetracked him, and he retreated into the Realm of Nothingness. He was seemingly destroyed when Death Metal disposed of a bomb by throwing it into an interdimensional portal linked to the Realm. 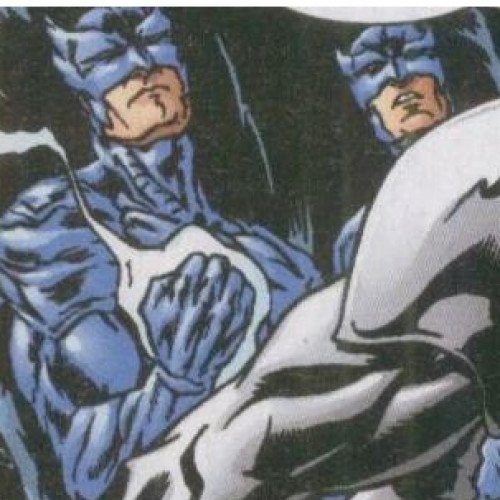 AC-DC were conjoined twins who were transformed by the reality-bending Jasper's Warp which engulfed the U.K. several years ago. Like other "Warpies", they were tracked down by government agency R.C.X. (the Resources Control Executive). Supposedly this was for their own safety, but in truth R.C.X. head Nigel Orpington-Smythe intended for them to be trained to become a superhuman army. They became part of the Cherubim, the first combat ready squad the agency trained. [1] Fearing for the safety of their charges if the plans of their superior Nigel Orpington-Smythe went ahead, several R.C.X. agents, led by Agents Michael and Gabriel, spirited the children away from the agency. They took them to Braddock Manor to enlist the aid of Captain Britain (Brian Braddock), figuring that he could lend them much needed protection, both physical and politically. However, the agents' decision to not fully inform the hero of their situation meant he was reluctant to help, and while they argued, the Cherubim were released from the van they were being transported in by Meggan, a young empathic meta-morph staying at the Manor. They fought Captain Britain and his allies, Betsy Braddock and Captain UK, but were swiftly overpowered.