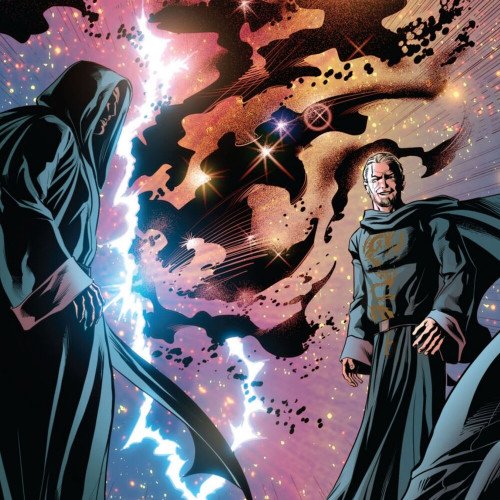 The Abyss is a powerful dark entity that has been lying in slumber in the sidereality known as the Vanishing Point since long before the Celestials and Devourer of Worlds arrived. Though trapped there, the Abyss can reach the minds of others and make them do his bidding. It is believed that he will end the universe once he is free. Back when Mars was still a planet full of life, the Abyss made the Martians tainted by his touch create three crowns to channel the power of his Dark Children: the Crown of Tentacles, the Crown of Wolves, and the Thorned Crown. Under the influence of these crowns, the Martians tried to break their own world apart to awaken the Darkest Child, who would in turn awaken his brothers to free their nameless father from his prison. However, the Archons, a race of constructs created by the Watchers to guard the Abyss and wait for his eventual return, fought them and managed to thwart their plan at the cost of their own lives. The nearly destroyed planet was abandoned in the aftermath of the conflict, with the only Archon who managed to survive the ordeal remaining behind to guard the crowns. 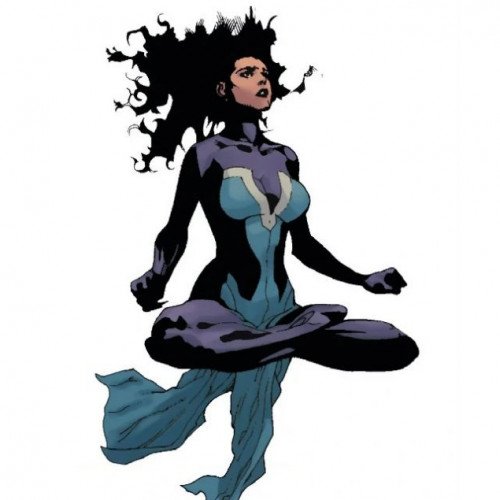 This specimen was an Abyss carried as an egg along with her brother the Gardener Ex Nihilo by an Aleph, who taught them to transform any species they encountered into perfect creatures. That is to accomplish their purpose, which is to transform the universe into a perfect vision of the Builders. They finally arrived on Mars and terraformed the red planet, creating an atmosphere, vegetation and flash-shepherded years of evolution, in hopes of creating a "perfected" version of mankind. After Nihilo shot an Origin Bomb at Earth to accelerate the evolution of mankind, he affected almost two million people. The Avengers scrambled a response team, which was captured by Nihilo.[2] The cavalry arrived as soon as Nihilo's first human was fully developed. He and his allies fought the Avengers until they noticed the presence of, newly an Avenger, Captain Universe, recognizing her as a power beyond them they must obey. Abyss and Nihilo agreed to stop their crossing to transform and/or destroy "imperfect" worlds from Captain Universe's order. Unfortunately, Aleph disobeyed Captain Universe and tried to attack her, which resulted in him getting destroyed by the heroine. Finally, before returning home, the Avengers established that Nihilo could reform Mars as he pleased, but exclusively that planet.[3] When Captain Universe sensed a new threat coming to Earth, she advised the Avengers to recruit Abyss and her brother into the team, which they did.