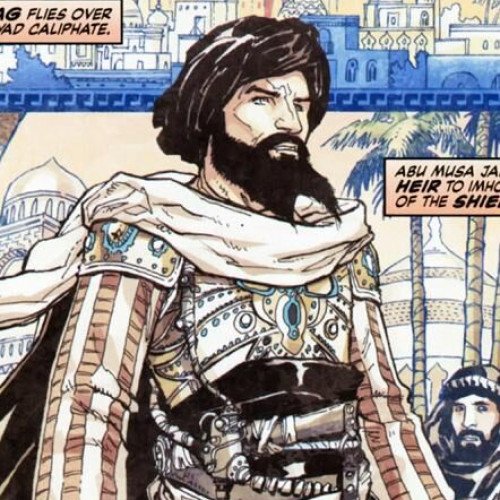 Abū Mūsā Jābir ibn Hayyān (Arabic; جابر بن حيان) or Jabir ibn Hayyan was an 8th century intellectual serving with the Umayyad Caliphate. He was known as the author of the "Jabirian Corpus" which covered a range of topics, including alchemy, cosmology, numerology, astrology, medicine, magic, mysticism and philosophy. He became leader of the Brotherhood of the Shield taking the title of the "The Second Man" (Arabic; الرجل الثاني). In 750 A.D. Baghdad, Jābir ibn Hayyān, then-leader of the Brotherhood of the Shield, conceived of a way to keep the world from ever ending. He built a machine that would take the sum total of the hopes, dreams, inspirations and desires of a thousand men a give it to a single man. This man could then recreate the world whenever it was threatened. The machine, however, drained the men of their lifeforces and the machine failed.[1] Without a thousand of the Brotherhood of the Shield around to shape the world, Man fell into an age of darkness. Galileo later refined the machine in 1582 with the help of the Forever Man and used it to defeat Galactus. 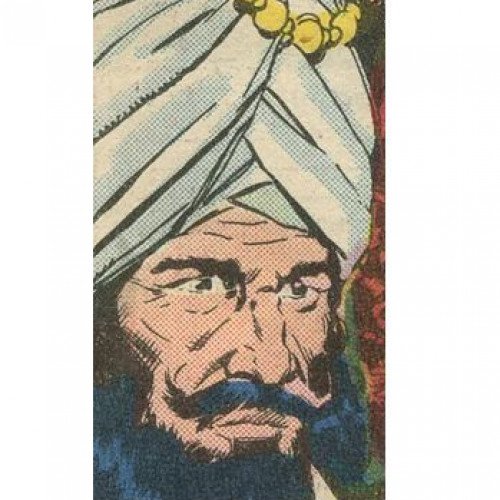 Ruler of a small coastal kingdom in the Arabian desert around 1555, Abu-Ben Ar proclaimed his eldest son Ali-Ben Ar as the Prophet awaited since the time of Mohammed. When his son released the prisoners taken from a Portuguese slaver, he condescended, but he secretly assured the pirate that the slave trade would remain open. The Portuguese didn't believe his words and assassinated him. His son found him dying in the mosque, and Abu-Ben Ar told him he had been killed by the cutthroats and Solomon Kane[1].