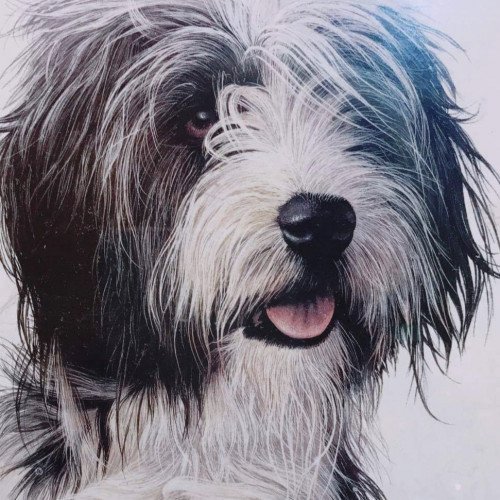 Zoological file I.-Cycle: Bone skeleton vertebrate animal II.-Class: viviparous, lung-breathing mammal with hairy body, carnivore. III.- Order: Beasts Family: Quadruped canid domestic dog whose teeth consist of 2 strong incisors on each side of the mandible; two canines or fangs per arch and 5 to 6 molars per mandibular quadrant that allow you to both break bones and chew soft foods such as bread, vegetables and cereals. IV.- Race Shih-Tzu or Chrysanthemum Dog The Shih-Tzu is a lively and attractive domestic dog that loves human company, hates being neglected. He is extremely smart, arrogant and enjoys his long daily grooming sessions very much. He is effective in taking care of his environment and his little owners, although he is not shy about biting them if he is in danger or neglected. V.- Small size with a height at the withers of no more than 26.5 cm and with a good Weight 4.5-8.2 Kg being the ideal weight between 4.5-7.3 Kg Very long coat that requires daily grooming and grooming at least once a month. VI.- Black and white colors; Brown and white; cream and beige, white and gold. VII.-Qualities Affectionate, intelligent, lover of children and other animals. Adaptable to the city and the countryside. VIII.-Food 375 grams of any meat product added with an equal amount of croquettes; or 1 1/2 full cups of dry food mixed in the ratio of 1 cup of food to 1/2 cup of hot or cold water one to two times a day. IX.- Origin and History Canido of Tibetan origin with probable mixtures of Japanese Chin and Imperial Pekingese. Breed developed in Lhasa by the Dalai Lama of Tibet, this breed being known and its export allowed until the death of the Chinese Empress Tzu-hsi in 1908, which is when it was first known in Europe. X.-Care Daily brushing Upward pompadour hairstyle to allow direct vision. Short and regular walks 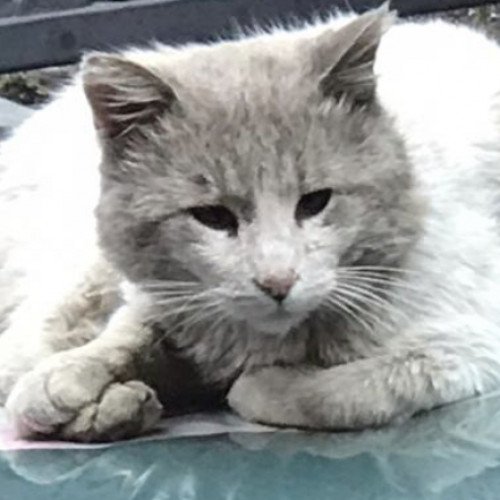 Ficha Zoologica Felis Silvestris Catus I.- Bone skeleton vertebrate animal cycle II.- Class Viviparous mammal with lung respiration with body covered with hair, carnivore hunter, it feeds on its prey that can be small animals such as birds, mice; which he catches by separating his fingers and pulling out his claws with sharp and cutting nails. When it does not use its claws, it keeps them in the folds of skin that its legs have, thus keeping them sharp and ready to be used when prey appears. Likewise, its claws are used to climb walls and trees very easily. III.- Order Beasts Family Felines, species, domestic cat; quadruped feline, with a chewing apparatus consisting of four molars, butchers inserted in the upper jaw and three in the lower jaw. It has twelve incisors, six on the top and six on the bottom, small and useless for cutting large chunks of meat. however they serve to gnaw bones. It has four fangs all these teeth placed equidistant, up and down in its jaws that act as true scissors with sharp serrated points, which allow it to easily tear the meat. Its tongue is extremely sensitive, it is provided with horny papillae that are essential to drink blood from its prey, water or milk, and other liquids, as well as to carry out a good cleaning of its fur. The domestic cat has a small size with a height at the cross of no more than 26 cm and a weight of 5 kilos, its coat varies in silkiness, abundance and length depending on the breed in question. In the same way, there is a great variety of fur coloration as well as eye color, which have the characteristic of being able to see in the densest darkness, thanks to the peculiarity that their pupils contract or dilate according to the brightness of the environment in which is found. It has an extraordinarily developed sense of touch in both its legs and whiskers, as well as having a very fine hearing. As the cat is a digitigrade animal, that is, it can walk with the tips of its fingers for greater secrecy, it has five toes on the front legs while it has four toes on the back legs, provided with rounded and soft bulges that touch from the ground make their presence imperceptible. Its hind legs are longer and more robust so this characteristic makes it a very flexible and elastic animal, conditions that allow it to climb, jump from high, sneak through unexpectedly narrow places. Its long and strong tail acts as a rudder, allowing it to perform high, long and well directed jumps. Most remarkable qualities are intelligence, self-sufficiency, neatness, curiosity, adaptability, homey, relaxed, loving. The cat is the only animal that has chosen to domesticate itself, the origin of the domestic cat dates back to ancient Egypt, where it is known that it already lived among humans. There is a wide variety of breeds among which the Persian cat, Angora cat, Siamese cat, and the hairless cat stand out. There are white, black, gray, tabby cats.