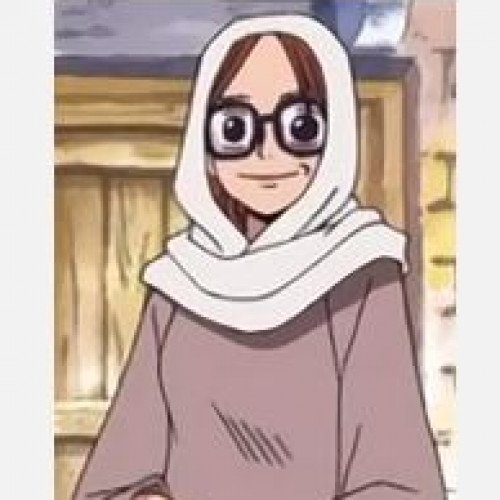 Aswa is Koza's mother and Toto's wife. She wears a white wrap around her head and has a light brown robe with purple spots toward the bottom. She has brown hair, and wears thick square glasses with rounded corners. She is quite caring, being the mother of Koza. She was able to survive the harsh desert conditions of Arabasta long enough to raise Koza. She only appears during Vivi's flashback, yelling at Koza to come and eat. It is unknown what happened to her in the present, as she does not appear with Toto in Yuba, does not appear to support Koza, and does not make an appearance for the entire Arabasta Arc. 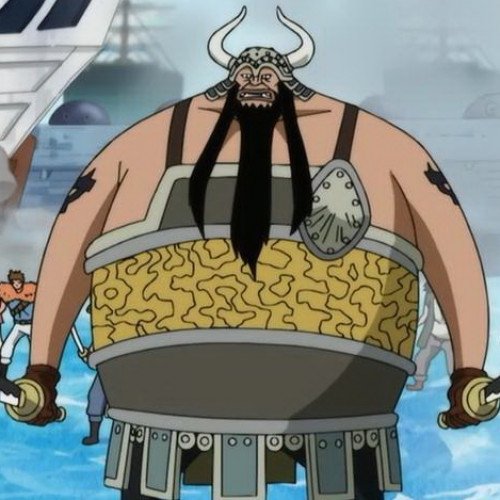 "Water Buffalo" Atmos is the commander of the 13th division of the Whitebeard Pirates. Atmos is a huge man, roughly the size of Jozu, whose choice of clothing he somehow mirrors: he is dressed in sleeveless gray and golden armor, and wears an old-fashioned Asian-themed gray helmet that has bull horns sticking out of it, that makes him resemble a water buffalo, as per his epithet. He has long, mane-like black hair, reaching down to his waist, and his beard is just as long. He has two teeth resembling those of a walrus, but square-shaped and pointing upwards. On each of his arms, he bears a purple tattooed silhouette of Whitebeard's Jolly Roger.