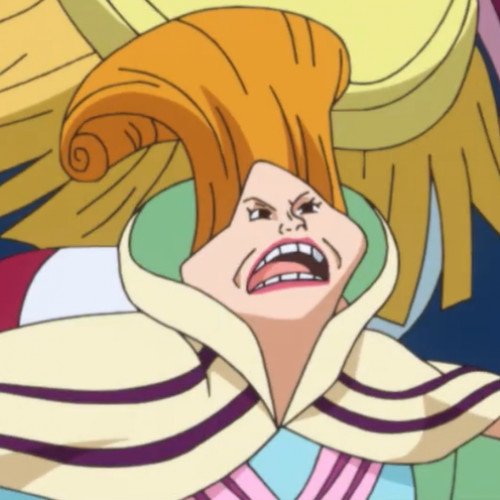 Charlotte Cornstarch is the 11th daughter and 27th child of the Charlotte Family and the younger triplet sister of Moscato and Mash.[5] She also is an officer of the Big Mom Pirates[3] and serves as Totto Land's Minister of Love (愛情大臣 Aijō Daijin?), governing over Loving Island. Cornstarch is a large woman whose golden hair is slicked upward. She wears a fancy light blue dress with frills at the bottom, as well as a cream-colored cape with a very high collar that has vertical purple stripes. Not much is known about Cornstarch's personality. However, since she took part in Big Mom's plan to assassinate the Vinsmoke Family, she can be considered very loyal to her family and crew. 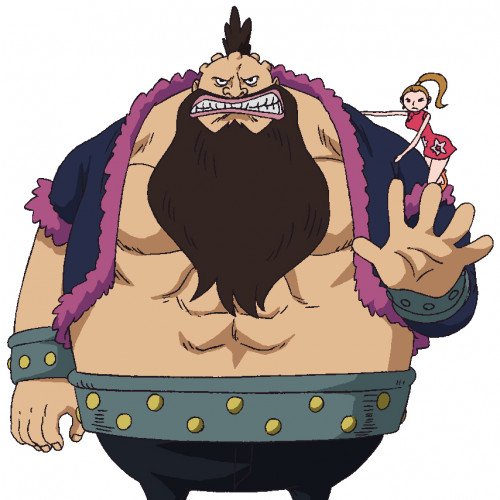 Charlotte Counter is the sixth son and the 11th child of the Charlotte Family and the second quintuplet brother of Opera, Cadenza, Cabaletta, and Gala.[3] He is also an officer of the Big Mom Pirates. Being part of quintuplets, Counter resembles Opera, and is an enormous man with an extremely thick body. He has dark brown hair arranged in a mohawk, and a very large beard. He wears a dark blue vest with thick pink edges and dark colored pants. Like his brothers, he also wears dotted wristlets and a dotted belt. His legs are extremely small in comparison to the rest of his body. He is usually seen accompanied by a young girl who constantly hangs on his shoulder with bronze hair with a single ponytail, brown eyes and red dress with flowers on it. As a member of the Charlotte Family and the Big Mom Pirates, Counter is loyal to his affiliation to the point that he joined the enraged army in order to avenge his younger brother's defeat.