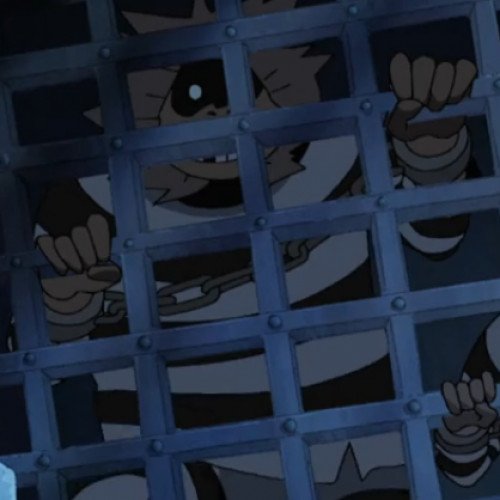 Doha Ittanka II[2] is a man imprisoned in Level 6 of Impel Down. Doha Ittanka is an extremely large man, appearing similar in size to a giant. He has very long and bushy hair, and is missing several teeth. He wears a standard prison jumpsuit, and has chains shackling his wrists. Doha Ittanka is a violent and sadistic man, taking great pleasure when hearing about the potential for Whitebeard to meet his death. Doha Ittanka hates Whitebeard, as he became very excited when he heard of the possibility of killing the Yonko. Why he feels this way is unknown. Ittanka's abilities are unknown, but he was capable of committing a crime so severe it led to the World Government keeping him out of the public eye in Level 6 of Impel Down.[1] Sengoku stated that a Level 6 prisoner like him would be an astronomical danger to a normal country's citizens. 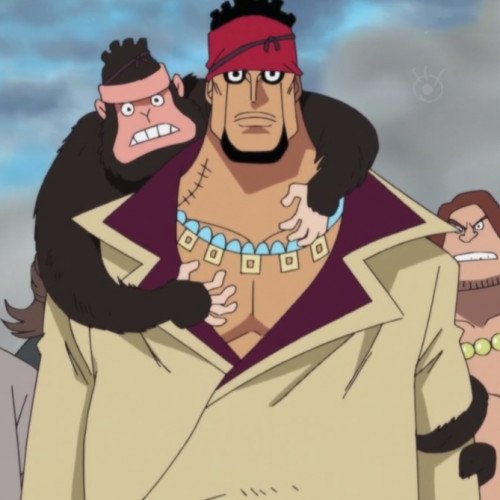 Bohemian Knight" Doma is an infamous New World pirate who worked for Whitebeard. Doma is a man with black curly hair and a beard that seems to have lines that extend to his eyes. He wears a large red headband and a necklace with big light-blue square jewels on it. His neck appears to have a scar on the lower right, and he sports a large and long light brown coat with a wide dark red collar and cuffs, closed by a belt. He also wears loose blue pants tucked inside simple boots. A monkey is seen perched on his shoulder. The monkey is usually seen wrapping its prehensile tail around Doma's arm; it also carries a flintlock pistol that it fires on Doma's behalf during battle. Not much is known about Doma's personality other than that he is very loyal to Whitebeard since he was willing to risk his own life to save Ace from execution. In the anime, he seems to have a certain degree of respect for his enemies, as he told Momonga that it was a privilege to fight him. Doma has managed to make himself an infamous reputation in the New World, becoming a subordinate of Whitebeard. He is implied to be an exceptionally powerful pirate in his own right, as his defeat and surrender to Ace was what allowed Ace to be promoted to the position of Second Division Commander of the Whitebeard Pirates.