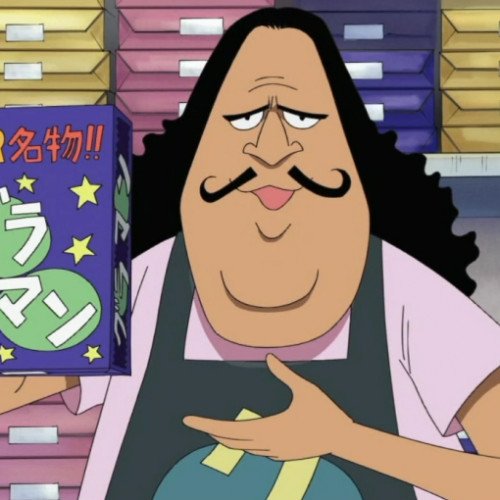 Antonio is the owner of "Antonio's Graman" in Sabaody Archipelago. Antonio is a pudgy man with a small mouth, long curly mustache, and long puffy black hair. His face is rather pointed on top, but square-ish around his chin, and he also has a thick neck. He wears a light pink short-sleeved shirt under a dark green apron, which has "グラマン" (Graman) written on it. After leaving the Bon Chari rental store, the Straw Hat Pirates explored Sabaody more before finding a small store, Antonio's Graman. Chopper rode up on a Bon Chari and asked Antonio himself what "graman" was. After a brief explanation, he offered the pirates free samples. Chopper, Luffy, and Brook "sampled" multiple boxes his food, causing him to ask if they would actually buy anything. However, they ended up buying a number of boxes along with some souvenirs. 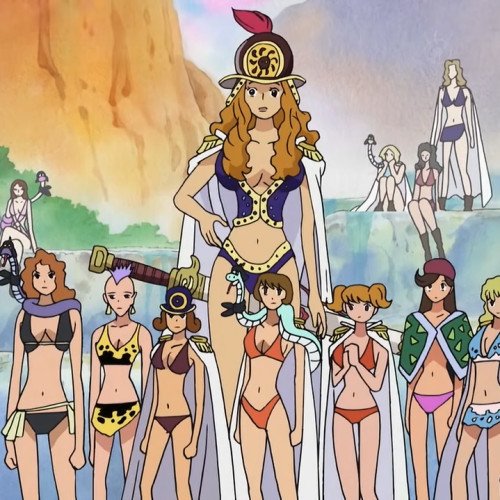 Aphelandra is a member of the tribe of Kuja living on the island of Amazon Lily.[1] During the timeskip, she became a member of the Kuja Pirates. Aphelandra is an extremely tall woman. Her facial features are childlike, with wide dark brown eyes and long orange-brown hair falling evenly past her shoulders. She, like the rest of the Kuja, wears scanty attire. Her clothes consist of a blue corset bordered with yellow and studded with buttons, a similar blue bikini bottom, a white cape, and a plumed morion -type helmet with cheek guards and the Kuja emblem embossed on the front. For footwear, she wears dark outdoor boots. Her sword can be seen sheathed horizontally over her lower back, different from most sword-wielding characters seen in the series, who wear their swords on either hip.