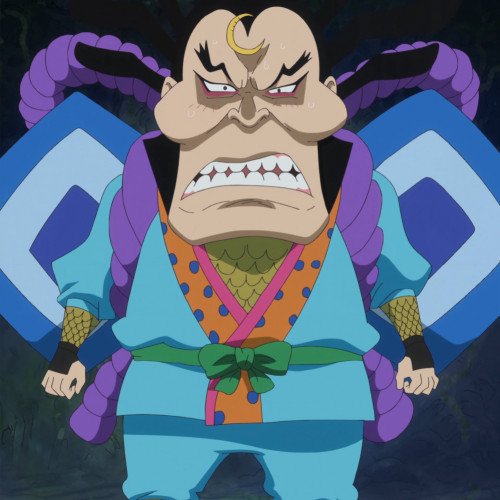 Raizo is very large, standing at 311 cm.[8] His head is large enough to carry Luffy, an average sized human. His body is very disproportional, having a very large head with the rest of his body being relatively small in comparison. His hair is styled into six antennae, with three at each side of his head, a small spike on the middle, and a widow's peak. His hairstyle bears some resemblance to Gedatsu. He has bolt-shaped eyebrows and large sideburns. He also has a crescent moon-shaped scar on his forehead, which was given to him by King.[9] He wears a dark-colored Ninja shozoku robe.[1] As the Straw Hats pointed out, Raizo is very ugly, a fact that Raizo himself acknowledged as his fellow female ninjas of the Wano Country refused to even look at him. 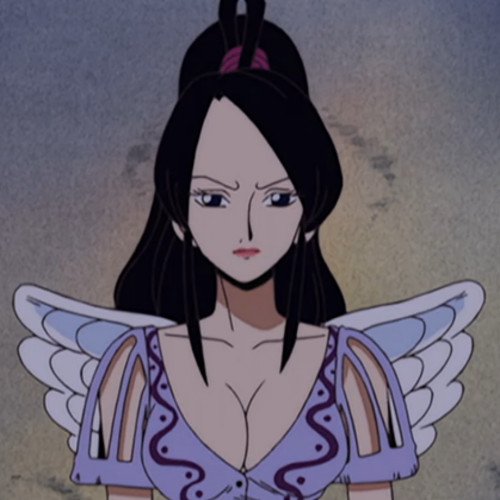 Raki is a tall, black-haired woman, with two large bangs parted to either side of her face on the front, and a long and elaborate ponytail on the back. She has dark green eyes, and her lips are apparently covered with pink lipstick. Like all Shandia, she has two small wings on her back. Raki's outfit consists of a light purple cleavage revealing tunic with a darker pattern that exposes her stomach, and light-red pants, reminiscent of the ones worn by Native Americans, that are open on the inside of her legs. She also has matching colored Skate-type Wavers she wears into battle. After the end of the Skypiea Arc, she wears a more casual version of her outfit.