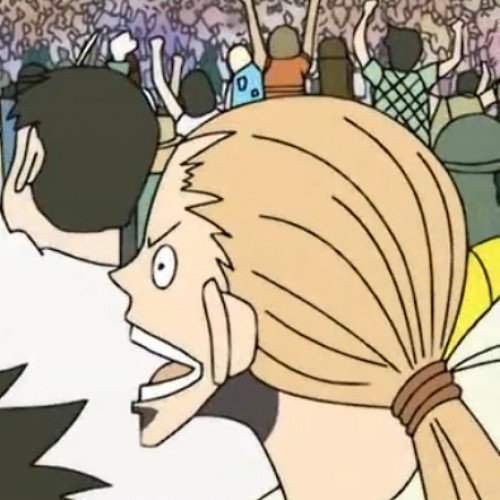 Anjo is a pirate admirer. He witnessed Gol D. Roger's execution. He has a tattoo of a plain Jolly Roger on his right arm. Anjo is an average looking man, with slicked back green hair, and a ponytail. He has a scar on the left side of his forehead, and a jolly roger tattoo on his right arm. He also wears a black shirt, which is light red in the anime. Anjo is an avid fan of pirates, having a jolly roger tattooed on his arm and going as far as to witness Roger's execution in Loguetown. This can also be seen when he cheers as Roger tells the world about One Piece. 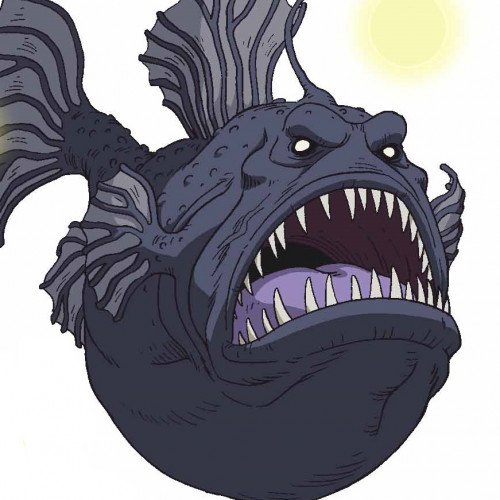 Ankoro is a gigantic anglerfish formerly under the command of captain Vander Decken IX, residing in the Underworld of the Sea, seven thousand meters underneath the ocean surface. Wadatsumi seems to regard Ankoro as a pet, as apparently Ankoro was told "not to eat ships" before. Ankoro is a giant grey-brown angler fish, with tiny white eyes, veiny fins, and a huge yellow light on the tip of its antennae. When it was about to eat the Straw Hats' ship, Ankoro was stopped by Wadatsumi. It seems Wadatsumi has a problem with Ankoro eating ships, since this would make retrieving treasure from the ship more difficult.