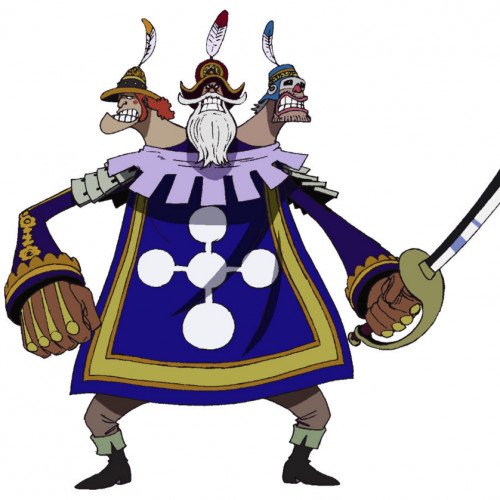 Three-Headed Baskerville are the Chief Justices on the island of Enies Lobby in the service of the World Government.[1] While Baskerville appeared to be a three headed person, he is actually three people who like dressing up like one person. The one on the left is Bas, the one in the middle is And, and the one on the right is Kerville. At first glance, Baskerville looks like a large three headed man dressed to represent the World Government. Each of his heads possess a different face from one another.[1] In reality however, Baskerville is actually three people wearing a costume. The one in the center, And, has very large legs but small arms, while the two on both his side, Bas and Kerville, have very large arms but small legs. When in costume, Bas and Kerville sit on the thighs of And. This gives the illusion that Bas and Kerville control one arm each, and And controls the legs while they are in costume. 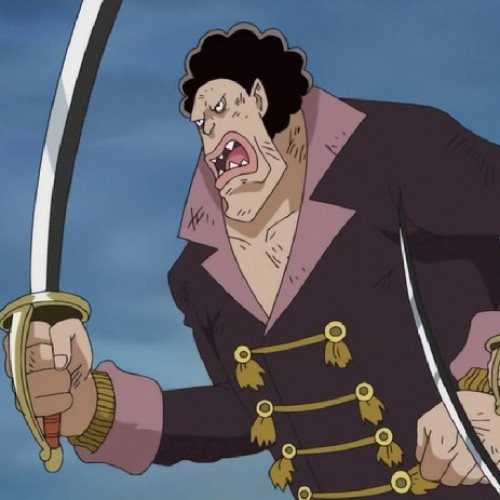 Andre[4] is an infamous New World pirate captain who was once a member of the Whitebeard Pirates,[2] before forming his own crew subordinate to Whitebeard. He is the twin brother of the Marine officer Candre. Andre is a large man with black curly hair and fat lips with a strong jaw and sharp teeth. He is much taller than an average human and has a big body with relatively thin legs in comparison to his arms and torso. He wears a dark purple pirate jacket that is light purple on the collar and cuffs with golden rope accessories across the jacket's buttons. He also wears a pair of white pants and long gray boots.