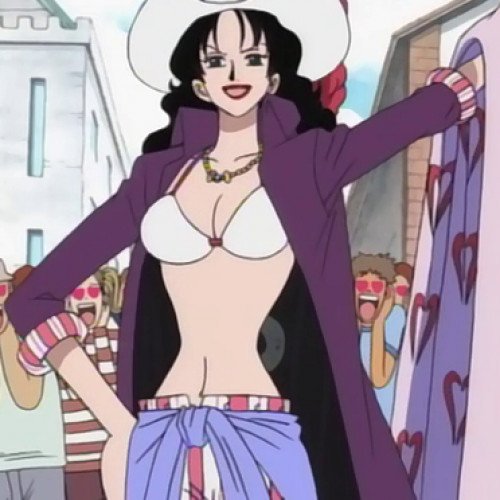 "Iron Mace" Alvidais the former captain of the Alvida Pirates and the first antagonist encountered by Luffy in the anime present timeline[7] (in the manga, Higuma was the first villain).[8] Due to her actions, she can be regarded as the secondary antagonist of the Romance Dawn Arc and the tertiary antagonist of the Loguetown Arc. After her defeat against Luffy, she allies with Buggy and becomes one of the two captains of the Buggy and Alvida Alliance. She was the acting captain of the crew during Buggy's time in Impel Down and during the Summit War of Marineford. After reuniting with Buggy, his army of Impel Down Convicts, and Galdino (and with the addition of Buggy becoming a Warlord of the Sea), her alliance with him has evolved into the Underworld Organization known as Buggy's Delivery. 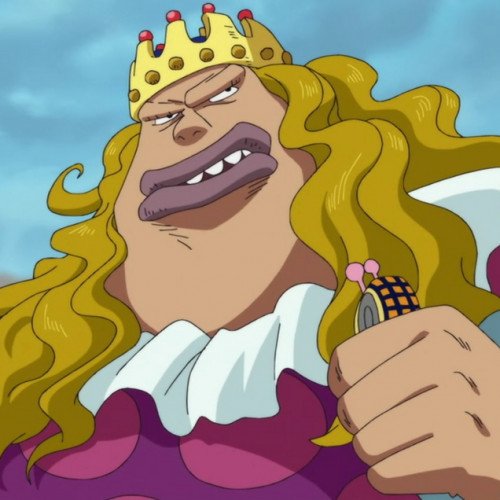 Amadob is an infamous New World pirate who allied himself with Whitebeard. Amadob is a large, round man with big, dark-colored lips and curly blonde hair reaching down to his shoulders. He sports a somewhat royal attire similar to Mr. 9's, with an elaborate crown on his head and a colorful, polka dotted shirt with ruffled edges. As an ally, Amadob is allegiant to the Whitebeard Pirates. This was demonstrated when he followed Whitebeard's orders to attack the Marines' battleships to enter the bay at Marineford.[2] His decision to come to the battle in order to save Ace is also a testament to his strong bond with the crew.