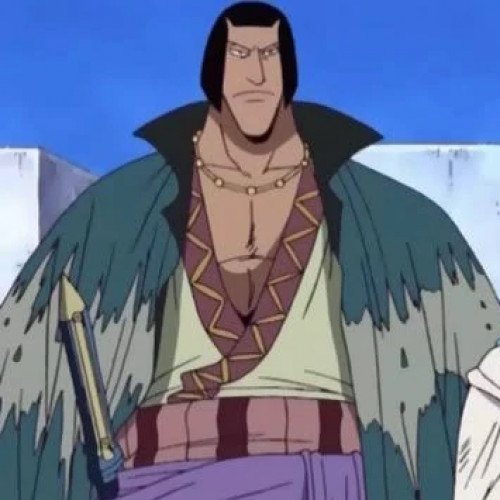 Chaka the Jackal[3] is one of two head guards in the Arabasta kingdom who serves under Igaram, alongside Pell.[2] Chaka was the acting captain of the royal guard in Igaram's absence. Chaka is a tall, imposing dark skinned man with medium length black hair and a long broad nose resembling that of a jackal. He wears a long, light-green tunic, revealing his muscular chest, and has two belts around his waist: a striped, pale-red and crimson large one, and over it a purple, thinner one. Around his neck he has a necklace consisting of big golden beads, and he wears a dark-green coat draped on his shoulders like a cape. He carries a massive sword, with a blue hilt and sheath, on his right hip. 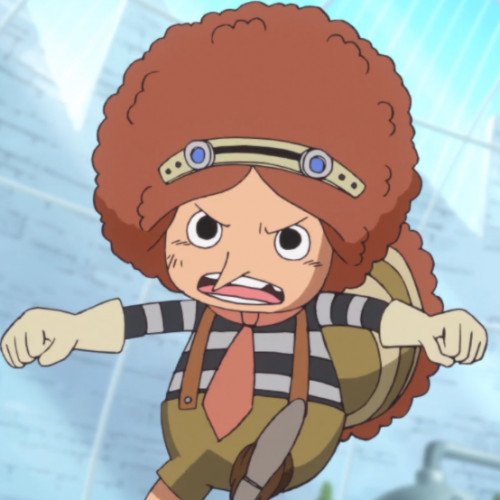 Chao is a dwarf from Tontatta Kingdom who first appeared in the SMILE Factory.Chao is a light-skinned dwarf with puffy, red hair (brown in the anime). He has a large upward-pointed nose and a chipped tooth. He wears a black and white striped shirt, yellow pants with suspenders, a pink tie, and goggles on his forehead.Like the rest of the dwarves, Chao is quite gullible, believing that his princess would not be healed when told so by the SMILE Factory staff.[2] He is more curious than some of his comrades, asking about the welfare of the people of Dressrosa and Green Bit.