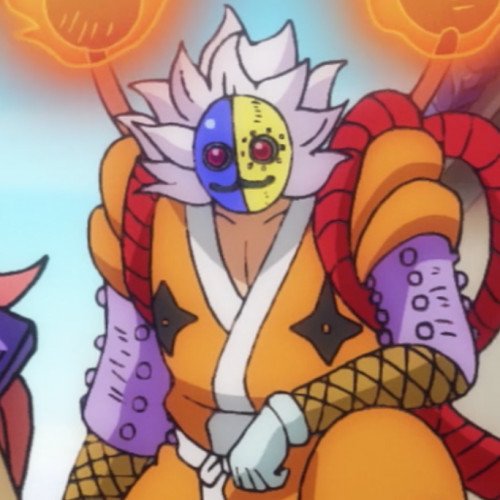 After seeing the geisha O-Robi suspiciously sneaking around Orochi Castle during Orochi's banquet, Fujin, Raijin, and the rest of the Orochi Oniwabanshu snuck up and cornered her.[1] The ninjas questioned who she was and then moved to capture her, but unbeknownst to them, it was her body double, and so when they caught her, she vanished into thin air. Seeing this, they broke off into the banquet hall to find the real body of the geisha.[5] While searching, Fujin and Raijin encountered Brook's spirit form, and ran screaming for their lives, while mistaking him for the Gashadokuro. As they ran, they encountered their comrades and shouted that a ghost was chasing them, which led to their comrades running away in fear as well. 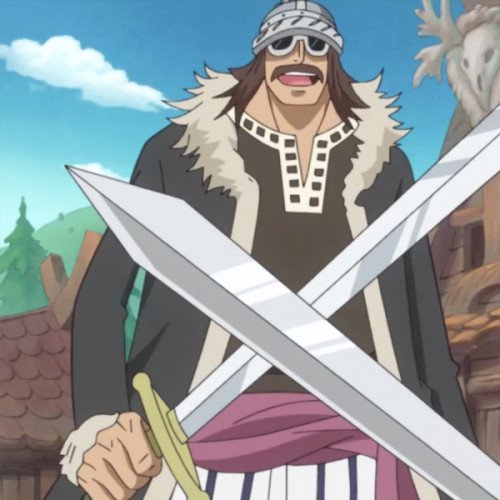 Raideen cares greatly about maintaining Elbaf's warrior roots, aspiring to train his students for greatness. His passion for Hajrudin's training earned him praise from the heroes of the giants, Jorul and Jarul. As a giant, Raideen likely possessed a tremendous amount of physical strength. He possesses at least decent skill in combat, as he trained Hajrudin in it and was shown overpowering him in a duel, although Hajrudin was a young child at the time. Sixty-three years before the present day, Raideen trained Hajrudin in combat, intending to make his pupil stronger so he could join the Giant Warrior Pirates once either Dorry or Brogy returned from their duel. The two dueled, with Raideen overpowering his student. Jorul and Jarul then came to the village and Raideen greeted them.