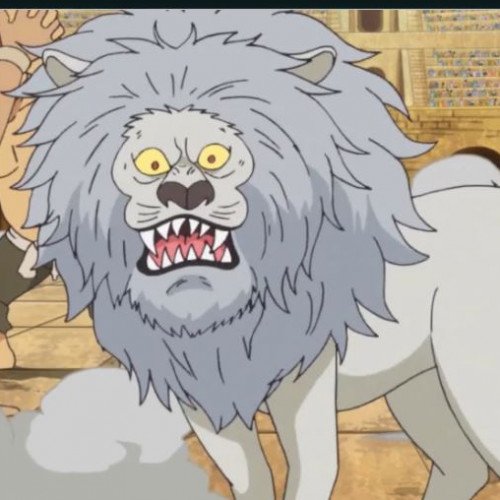 Agyo is a fighting lion (闘獅子 Tōjishi?) and a gladiator competing at the Corrida Colosseum for the Mera Mera no Mi. Agyo appears to be a white lion with whiskers, sharp teeth and a mane. He also has dark shadows around his eyes. Nothing is known about his personality at the moment. Agyo is a famous fighter at the Colosseum, but he was defeated with relative ease by Orlumbus. In the anime, his jaws were shown to break a gladiator's helmet. Agyo entered the Corrida Colosseum to compete for the Mera Mera no Mi. For the battle royale, he was placed in Block D. 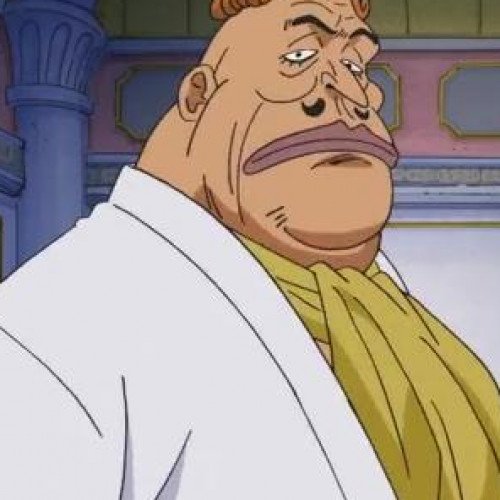 Ahho Desunen is a rotund man with blond hair and a small black mustache. His nose is slightly long and pointed, and as a noble, he wears fine, white clothes with a yellow cravat. Typical for a corrupted noble, Desunen is cruel and self-centered, as he believes that those who are not nobles are trash. Desunen has an amiable relationship with his daughter, Zurako. He spoiled and corrupted her with cruel beliefs that people who live in trash dumps deserve death for not being born nobles. During the burning of Gray Terminal, Desunen was telling his daughter that the people who live in Gray Terminal are trash and deserve to die for not being born nobles.