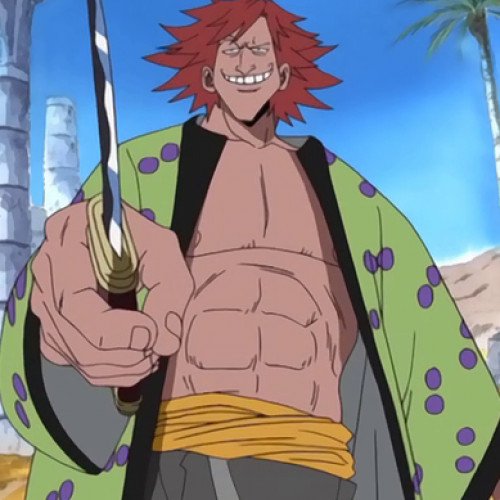 Agotogi is a tan-skinned man of average height who has red spiky hair, a hooked nose, a wide smile, thin eyebrows, and a pointed chin. He wears an open-up green kimono with a few purple dots on it. He wears brown pants with a yellow sash to hold it up. He also wears typical sandals. It is also notable that he was always seen smiling until he was defeated. Agotogi is greedy, as he tried to kidnap Nefertari Vivi so that he could ransom her for money He was quite persistent, as he continued to pursue Vivi until his defeat. He was also merciless, going as far as injuring children for his own gain. 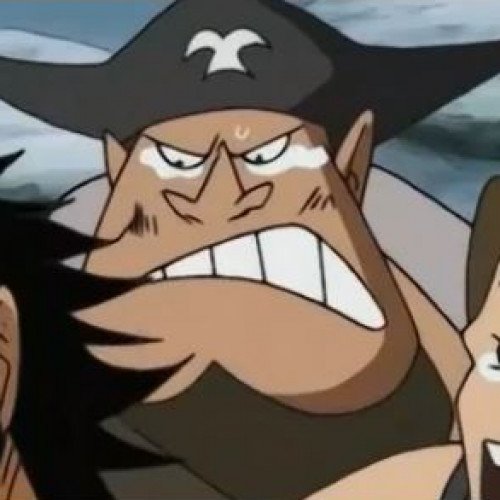 Agsilly is a large man with tanned skin. He wears a black tricorne hat, with what seems to be a white bird on it. He also wears a grey coat, a light colored shirt, and pants that tuck into his tiny shoes. In his original sketch, he wore similar clothes, but had a much rounder head, and forearms similar to Franky's. He also had a long thick beard in his original sketch as well as the anime. He seems to be loyal to his alliance with the Whitebeard Pirates, as he was willing to fight in the war at Marineford in order to rescue Ace from execution.