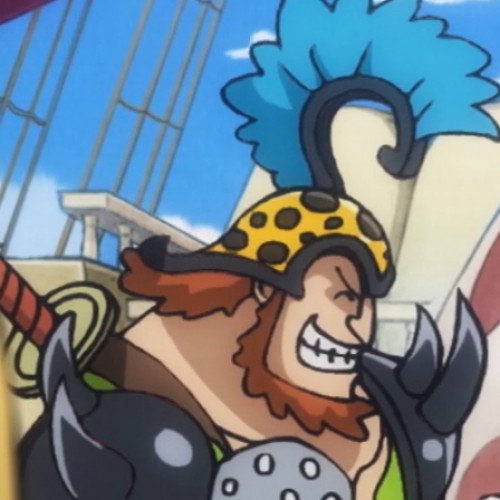 Gallant is large, very muscular with broad shoulders, long arms, and very short legs. He has a large jaw, small eyes, and a short beard. He wears a dark-colored vest, spiked shoulder plates, light-colored gloves, a light-colored colored skirt, and light-colored shoes. He also wears a light-colored helmet with a large forward-bending plume on the top. Gallant cares about his crew's safety, as he was initially apprehensive to Kozuki Oden when the pirate first joined. He was pleased when his captain praised everyone before announcing that the crew would be disbanded, and he was deeply upset by Roger and Oden's departures. 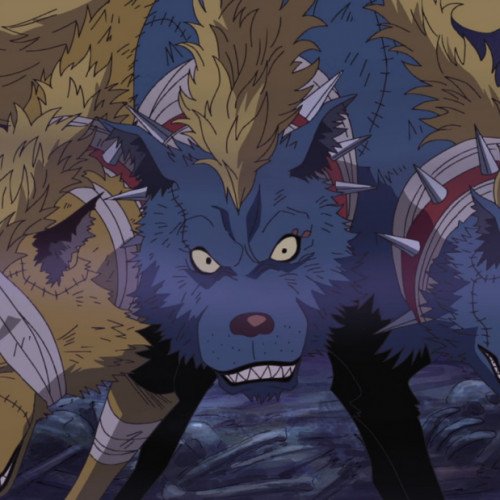 Cerberus was a zombie with three heads, two of them were dog heads and the other was a fox. The dog parts had blue fur while the fox's side had yellow fur. It also had three yellow tails, and the dog parts had yellow hair on the top of their heads and backs and one of the tails had white fur on the tip. Like all other zombies, its body was covered in sutures and scars. Its zombie number, 82, was written on its right side. Cerberus wore a red collar with spikes and had bandage covering its neck, along with the left eye of the fox's head, three of the legs, and the upper and lower torso.