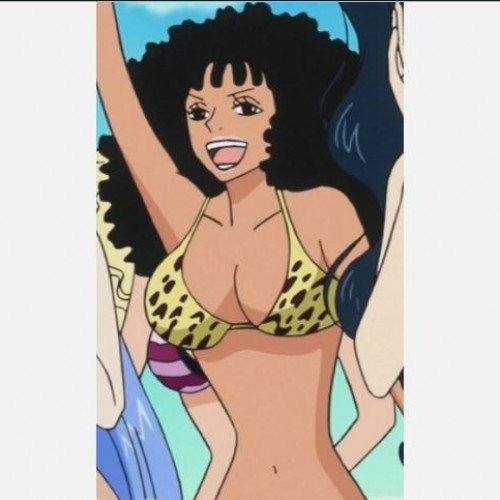 Adele is a youthful mermaid with wild curly hair that reaches past her shoulders, and has dark skin and pink lipstick. She wears a bikini top with a leopard skin pattern, and her tail is red in color with several zig-zag patterns all of which is being different hues of red themselves. Adele and her friends first appeared in Mermaid Cove, welcoming the Straw Hat Pirates when Camie brought them there for a visit. When the three princes arrived to inquire the crew's illegal entry into Fish-Man Island, the mermaids denied the crew was there, hiding them. However, when the crew's presence were made known anyways by Sanji's nosebleed and Hammond's attack, the princes made it clear that they were simply trying to deliver Jinbe's message to Monkey D. Luffy. 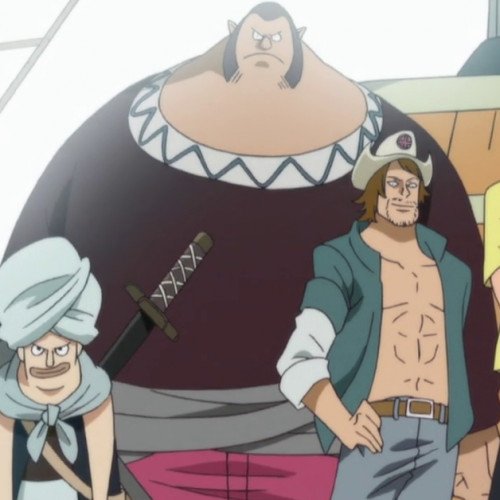 Aggie joined the Spade Pirates and traveled with Ace as he made a name for himself. He helped fight off a group of bounty hunters, and, when Isuka infiltrated the crew's ship, he surrounded the Marine Ensign alongside his crewmates. However, she easily fended them off. After the confrontation, the crew reached Sabaody Archipelago. While they waited for their ship to be coated, Aggie and his crewmates explored the island and secretly read Deuce's adventure diary. They laughed at his poor writing skills, leading Deuce to exclude their names from the diary. At one point, the Spade Pirates were shipwrecked in Wano Country. The people from Amigasa Village were starving to death, so they tied the entire crew and stole all their food. The crew watched the villagers finish their meal and then broke out. Instead of attacking, Ace asked the villagers where he could get them dessert. They stayed in Amigasa Village for a few weeks and became good friends with Tama.​​ They also went to Onigashima to liberate the abducted children from the Beasts Pirates. They never encountered Kaido and his top subordinates because they were away on an expedition. After Ace did so much damage to Kaido's castle, they rescued the children and met Yamato, whom Ace had a brief scuffle with.